Niviene was a known member of the Loyalists while at Paragon Studios employee and strong supporter of The Television during his propaganda war with Dr. Aeon 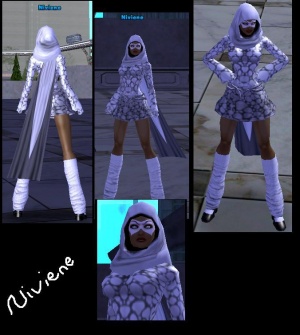