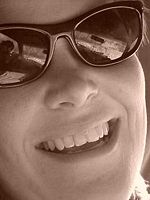 Ex Libris, whose real name is Jill Henderson, was the Community Coordinator for the "City Of" franchise. Ex Libris first joined the NCsoft staff stationed with Cryptic on February 22nd, 2007, and moved over to the NCsoft-owned Paragon Studios in November 2007 (then called NorCal Studios).

On April 16th, 2009 Ex Libris announced that she would be ending her twenty-seven month stint with the 'City of' community and "moving on to conquer new online gaming horizons" while also re-introducing players to EMpulse, who had returned to her old job. She started work at Sparkplay Media as their community manager for Earth Eternal on April 22nd, 2009 as Wyrd, and left on May 19th, 2009. In addition to consulting in the field of community management, she currently works for Zynga as the Community Manager for Cafe World.[1]

"My professional career in the online gaming industry started in ‘99 when I joined the customer support team of the industry hit "Everquest." I came online as GM Djembe of the Bertoxxulous server and later when SOE entered the arena I stepped into the Lead GM position over several servers. I stayed with SOE through the release of "Shadows of Luclin," in 2001.

After leaving SOE I followed up with my academic career and attended Utah State University where I enrolled in the Social Work program. I enjoy working with people on an individual level and in larger community groups. I finished my studies last May.

The job market brought me back to southern California to Sigil Games, Inc. where I worked on the beta project of "Vanguard, Saga of Heroes" through the recent release of the game." 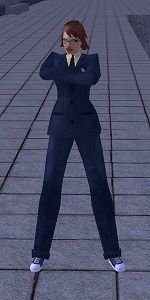 Ex Libris is a Natural Mind Control/Kinetics Controller. Her last known security level is 34, and her known powers include: