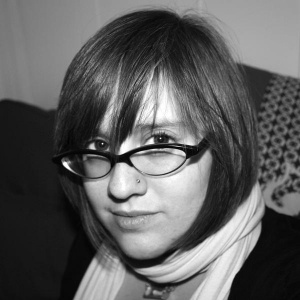 Carolina Tello Alvarado, A.K.A. Carotello was born in Vina del Mar, Chile in 1978. She graduated from Academy of Art University with a degree in traditional illustration, and has been doing concept art for video games ever since. She lives and works in Silicon Valley, juggling a day job as a concept artist for NCsoft, working on City of Heroes/City of Villains; and a career as a freelance illustrator. Her past credits include Sega's Golden Axe: Beast Rider as well as an unannounced title by Planet Moon Studios. Her favorite subjects are female characters wearing helmets, holding guns and riding strange creatures or vehicles, but her body of work is as eclectic as her assignments which range from quirky children's book illustrations, to designing video-game monsters, heroes and fantastic environments.