This article is about the developer Bruce "Horatio" Harlick. For the City of Heroes contact Horatio, see Rick Davies. 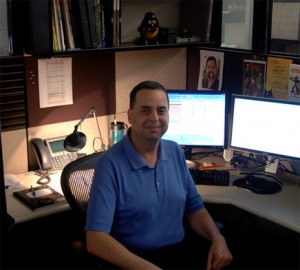 Bruce Harlick is a story/mission writer for NCsoft's NorCal Studios.

Bruce Harlick got his start in the gaming industry in 1981 as Hero Games' first employee. Starting as an editor, Harlick enjoyed a 20-year relationship with the Hero Games, culminating with the job of company president. Harlick was responsible for the creation of some of Hero Games’ most memorable characters, including the ever-popular Foxbat.

After Hero Games and some time spent as a technical writer and editor outside of the gaming industry, Harlick took at job with Monolith Productions in 2003, working on The Matrix Online and the DC Universe Online game. After Monolith sold MxO and the rights to DC Online to Sony in 2005, Harlick moved down to Sigil to work on their Marvel Comics MMO. In 2006, he moved back to his hometown of San Francisco to work on an Indiana Jones game for LucasArts.

Harlick joined the City Of Heroes/Villains development team in 2008.

Bruce's departure from Paragon Studios was unannounced, which is surprising considering his redname status. This departure is confirmed on his Twitter account. It happened sometime between November 2009 and January 2010. As of January 2010, he is working for Zynga, which develops social games such as those found on Facebook.