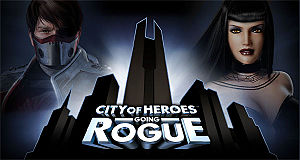 City of Heroes: Going Rogue is the second expansion of the City of Heroes universe (the first being City of Villains). It is a new box featuring a whole new world, where a character's choices may decide whether they end up a hero or villain. While the official release date for Going Rogue is August 17, 2010 [1], those who pre-purchased the game through NCsoft were able to access all of the Going Rogue content on August 16, concurrently with Issue 18 and the market merger.

At the Official Going Rogue site, there is teaser trailer available, which introduces Maelstrom, a pistol-wielding hero turned Vigilante, and Desdemona, a demon-summoning villain turned Rogue. There are many other videos available as well, including "ViDocs" (video documentation) of the developers explaining the process behind creating Going Rogue.

The skyline for the title logo is an outline of Nova Praetoria, the heart of Emperor Cole's domain, like City of Heroes has Paragon City skyline and City of Villains has Spider City (Grandville)'s skyline. The center building is Emperor Cole's tower of operations in Nova Praetoria, and is visible from almost any point in the city. This is to show citizens that the entire city is always under observation and under Emperor Cole's rule. 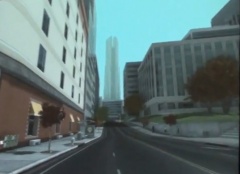 Ultra Mode, originally slated for Going Rogue, was completed early and was instead released with Issue 17: Dark Mirror.

If you find a retail copy of Going Rogue Complete Collection and apply it to your account, you will get the following even if the account goes Premium: