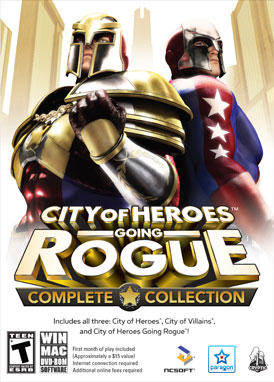 There are no bundles available on the Paragon Market that contain all of the costume pieces, auras, emotes, or powers for any of the costume sets. All of the pieces must be purchased separately, for a cost of 2660pp total.

See the following articles for details on the individual pieces of each costume set.

See the individual articles for details on the preselected costumes available for each set.