Superadine appeared in the streets during the end of the 70s . The drastic actions of the Dawn Patrol and the Regulators against other drugs such as cocaine and heroin had left a void that a cartel of chemical engineers would fill with a new drug: this was the so-called Superadine, which was eventually shown to be a modified version of soldier enhancement formulas developed by the US Army during World War II.[1]

A broken case of Superadine vials

Throughout the mid-eighties, Supes became a more and more popular drug, and despite the Regulators' best efforts, it continued to proliferate in the streets of Paragon City. There seemed to be no obvious, organized force behind the drug's distribution. Dealers were simply waking up and finding stashes of the serum in their homes. With no distribution and money trail to follow, it was impossible to get to the source of the problem. Paragon City became a very dark, gritty place to live. Despite the growing strength of the national economy, crime (both street and super villain) continued to rise.

This wave of drug was only finally stopped in March 1986, when Back Alley Brawler -with the help of the Midnight Squad- located the lab where the Superadine was being produced and assaulted it, effectively stopping the Superadine creation.

The facility turned out to be much more than a mere drug lab. It was a modern, high-tech, research facility. Not only were they manufacturing and distributing the drug, but they were also monitoring its effects on addicts. 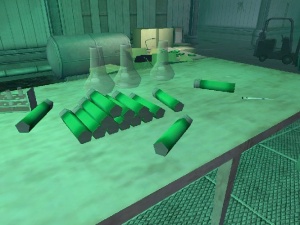 The nefarious researchers had learned that, in less than 1% of those addicted to Supes, the human brain undergoes a radical alteration. The result is the creation of a new kind of sense - the ability to see, and even travel to other dimensions. This amazing psychic feat had long been theorized, as had the existence of alternate realities. The researchers had proven the theories true. Although the process drove the addicts quite mad, it also showed them whole other worlds; worlds similar, but yet different than our own. The Freedom Phalanx was unsure what to do with this research. The findings promised extraordinary new discoveries for the scientific world, but the data had been accrued in the foulest, most amoral manner imaginable.

One of the Freedom Phalanx researchers, Dr. Brian Webb, kept on investigating those extra-dimensional abilities the Superadine apparently granted. Dr. Webb correctly reasoned that the ability to pierce the dimension barrier was not unique to the chemically modified brains of Supes addicts. Rather, the addicts just happened to be tapping into some greater cosmic law. Dr. Webb set out to discover the science behind that law.

Dr. Webb's investigations led him to eventually pierce the barrier between dimensions, making thus possible the interdimensional travel. Dr. Webb ended up resigning as a Freedom Phalanx researcher to create his own firm, Portal Corp.

Superadine in the Present Day

A Troll, victim of Superadine overdose

Since then, it seems the Superadine has found its way to the streets once again, and is today one of the many drugs that plague Paragon City, and one of the most dangerous.

Today, this drug is mostly linked to the Skulls, Trolls and The Family. Those groups are unofficially known sometimes as "the Superadine Connection". This cartel at large seems to be in war with a second cartel formed by the Warriors, the Outcasts and the Hellions.[2] Other groups, like the Sky Raiders, seem to deal occasionally with Superadine, though not in large quantities.[3]

Recently, the Skulls have started to try to create their own Superadine.[4]

Despite the war on drugs and all the damage caused by the Regulators to the Frost drug cartel, it should be noted that the original manufacturers of Superadine have never been mentioned again. The Family was distributing the drug, but the identity of the manufacturers and researchers arrested in that lab by Back Alley Brawler has been never revealed, nor their true intentions.

The drug itself is described as a green liquid[5], and is distributed in small doses in elegant black capsules, to make it appealing to those who are always looking for the latest designer drug.[6]

When injected, it gives a sense of profound confidence and euphoria along with increased endurance and strength. Beyond these seeming benefits, it is also a mild hallucinogen and powerfully addictive.[7] Abuse of Superadine may causes drastic mutations in the user's body, and can transform him into a Troll.[8] Uncut Superadine is even more dangerous, and it is usually used by Trolls in their Raves in Skyway City, creating thus the fearsome Supa Trolls.

Over the years the Family has done a great deal of experimentation with Superadine. At a great cost they have been able to create small batches of the drug that eliminate unfortunate side effects produced by long term usage. They have also been able to create variations that grant a very specific subset of powers. These successful refinements are not known outside the upper circles of the Family. One such variation has allowed the Family to tailor the abilities of their Consigliere, providing their chief advisors all the power needed to back up their words of wisdom.[9]

A little-known fact is that Superadine and another drug, Rage, don't mix well, and cause a massive cerebral imbalance if mixed.[10] 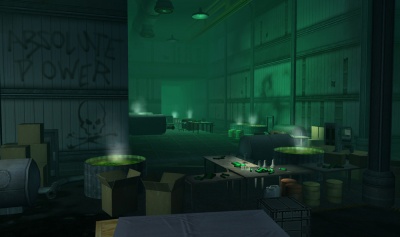