Portal Corporation, also known as Portal Corp, is a private organization that specializes in the exploration of other dimensions. It was initially founded by Dr. Brian Webb following the discovery of Superadine addicts accessing other dimensions, and went through tumultuous legal and physical battles, before becoming the company at the forefront of dimensional exploration.

At the end of the war against Superadine, the main lab that manufactured and supplied the drug was located and its scientists captured by the Back Alley Brawler. The scientists were not interested in money, but rather the effects of the drug on addicts. In very rare cases, Superadine addicts were able to see and even travel to other dimensions. The Freedom Phalanx wanted nothing to do with the immoral methods of research that led to the discovery of other dimensions, and tried to bury it completely. However, Brian Webb, a brilliant young physicist, believed that there was potentially a way to access other dimensions through less dubious methods, and sold several teleportation device patents to found Portal Corporation.

Webb was able to access the scientific law that had allowed the addicts to travel to other dimensions, and announced his discovery to the world. The questions and implications raised were immediate, but more relevant was the actual exploration of other dimensions. The Freedom Phalanx and Portal Corp researchers explored many worlds, but none quite so dangerous as Axis America. There, Webb and his assistants were captured and tortured to death by the Reichsman, who gained enough knowledge about Primal Earth that he was able to invade. In the fight, Queen Comet was gravely wounded, and the Portal Corp facility destroyed.

Although the facility was destroyed, investors retained rights to the technology and research of Portal Corp, and planned to continue the exploration of other dimensions. Unfortunately, Dr. Webb's wife sued shareholders, and the entirety of the research was tied up in court for a decade. Even after the legal resolution of Portal Corp's property, the company was not able to restart itself until the Rikti War. Because of the extra-dimensional nature of the invaders, Portal Corp's research became critical in discovering information about the invaders.

Following the Rikti War, Portal Corp rebuilt itself, and is once again exploring other dimensions. With the help of the numerous heroes of Paragon City, dimensional exploration is now as safe as possible. In addition to its research and exploration, Portal Corp also maintains a permanent presence in the Shadow Shard, in association with the UN.

Personnel who have worked or are working for Portal Corporation:

Dimensions known by the Portal Corporation 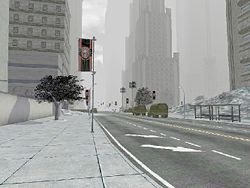 In the streets of Axis America 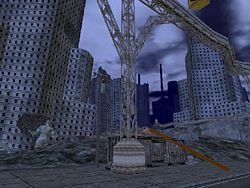