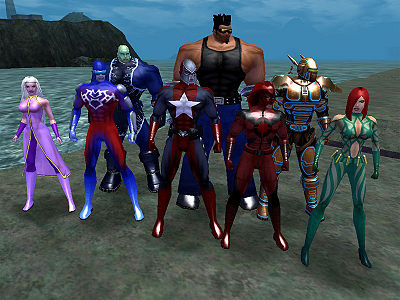 The Surviving Eight are eight prominent heroes who escaped the Rikti War with their lives. They have dedicated themselves to helping Paragon City rebuild after the war devastated much of the area. They help inspire the next generation of heroes, setting an example and helping them however they can.