The Cavern of Transcendence Trial is a hero Trial that takes place in the Hollows. The contact for this trial is Karsis, who is unlocked by completing Talshak's story arc (which is available through the Flashback system for those who have out-leveled the Hollows). The trial consists of a single 90 minute timed mission that takes place in the heart of the Tunnels of the Trolls. 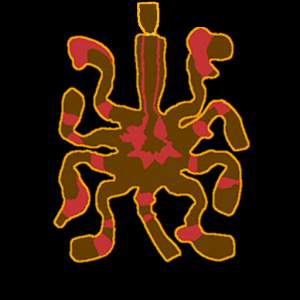 Map of the cavern

Talshak has forced me to reveal the cavern's location to you, and only you. Make no mistake; if I could, I would kill you on the spot. But the old mage's power is too strong. I will lead you to the cavern. Whatever happens there, you're on your own.

The Cavern's secret is this: the gateway links the cavern to one other location, but that location is not constant. It is determined by the wishes of the gateway's master. If you can fight your way to the gateway, you will become that master. If my own people can best you, however, we will use it to connect to the deepest reaches of the demon world. Then, you will suffer!

Know that if I could work my will, you would writhe in pain until you died. Still, I am at Talshak's command. I will assist you.

The hot air of this underground cavern is charged with mystical energy.

You became the gateway's master and rescued Sam Wincott!

Near the entrance of the Cavern, there is a journal lying on the ground. When it is clicked, the following text is revealed.

Janssen claims he has found a great cavern under an American City. Can it be, truly, the Cavern of Transcendence? I hardly dare hope, and yet I must journey there and see it for myself.

Near the doorway which holds Koago, there are some loose papers on the ground. When they are clicked, the following text is revealed.

I have arrived in Paragon City. I can hardly wait to set eyes on the Cavern, to see if it is truly contains the portal I have sought for so very long. Janssen shares my enthusiasm. He suggests we get started right away.

You are the master of the gateway now. It will obey your commands. Talshak made me give you this stupid paper. Take it, and get out of my sight.

You are impressive, I must admit. The Circle will have to keep tabs on you.

Completing The Cavern of Transcendence Trial from Karsis awards the Transcendent Badge.

Souvenirs were for a long time not awarded for Trials and Task Forces, but with the advent of the flashback system, many of the previously removed records of these events have been restored as rewards for completion.

The Paragon City Police Department awarded you this badge in recognition of your efforts to reclaim The Hollows. It's a warm reminder of the adventure you like to think of as:

It began when the wise Mystic, Talshak, divined the location of the Troll leaders' den. The mighty Troll, Atta, was said to be behind all the havoc that the Superadine-crazed gangsters wreak on the Hollows. Perhaps he would know the whereabouts of Sam Wincott, the young man who went missing long ago. You battled through Atta's lair and defeated him, but Sam Wincott was not to be found. You learned that the Circle of Thorns had taken the boy from the Trolls.

Fortunately, the Trolls were willing to tip you off to the Circle's hideout. You journeyed there, and found yourself embroiled in a mighty battle between the Circle's mystics and the strange Minions of Igneous. You defeated the villains, but learned that you had once again missed Sam Wincott. A group of Magmites had spirited him away, but not before the Circle could use Sam's inherent magical abilities to locate the Cavern of Transcendence.

The situation was tense. The Circle knew the cavern's location, and they would soon converge upon the portal at its heart. Talshak brought all his mystical powers to bear upon the defeated mages, and learned where the cavern was. You journeyed there and destroyed the eight obelisks that bound the portal. In doing so, you became its master. Now, the portal's destination is defined by your wishes, and the Circle of Thorns will be unable to use it for evil. In the cavern, you also came face to face with Sam Wincott at last. You brought him to safety, earning the eternal gratitude of Lt. David Wincott, PCPD.