Talshak does not introduce you to any new contacts, but after completing his last mission, you may accept the Cavern of Transcendence Trial from Karsis.

Very little is known about Talshak the Mystic. The only thing that is certain is that he is bent on protecting the mystical gateway that is rumored to exist deep within the Hollows. Does Talshak want to prevent the gateway from being used, or simply reserve it for himself? No one knows for sure. Talshak has been quite adept at weaving distracting spells to keep the Circle from its goal. However, the thickheaded Trolls have proved more difficult to dissuade. Talshak is happy to provide heroes with details of the Trolls' activities, in exchange for help in driving the gangsters away.

You are not known to me. Seek out Active Contact.

Greetings, Character. I am Talshak the Mystic, and I am older than I look.

Your mind is already occupied. You cannot take on another task.

I can help you no more, Character. You will have to seek greater challenges.

It began when the wise mystic, Talshak, divined the location of the Troll leader's den. The mighty Troll, Atta, was said to be behind all the havoc that the Superadine-crazed gangsters wreak on The Hollows. Perhaps he would know the whereabouts of Sam Wincott, the young man who went missing long ago. You battled through Atta's lair and defeated him, but Sam Wincott was not to be found. You learned that the Circle of Thorns had taken the boy from the Trolls.

Fortunately, the Trolls were willing to tip you offto the Circle's hideout. You journeyed there, and found yourself embroiled in a mighty battle between the Circle's mystics and the strange minions of Igneous. You defeated the villains, but learned that you had once again missed Sam Wincott. A group of Magmites had spirited him away, but not before the Circle could use Sam's inherent magical abilities to locate the Cavern of Transcendence.

Defeat base leader & his men

If you are willing to help, I have urgent work for you. The Trolls have been using a pair of local caves as storehouses for their Superadine shipments. If you could infiltrate their warrens and destroy that Superadine, it would put quite a crimp in the Trolls' drug distribution ring. That means less violence in the Hollows, and a chance for me to finally locate that gateway. Will you help me?

The Trolls will not part with their narcotics easily. You have a long, hard battle ahead of you.

You have destroyed the Superadine in the first Troll base.

Before combat:
Combat start: Get hero! Get hero now!

Bust 2nd base leader & his men

Moisture seeps from the cavern walls.

You have destroyed the Trolls' Superadine.

Before combat: Muggnor guys get taken down. So stay on guard!
Combat start: Hey! You no welcome!

It will take the Trolls some time to recoup their losses from today. That diary you found certainly is interesting. Didn't you tell me you were looking for a young man named Sam Wincott? We haven't found him, but at least we know he's probably still alive. I'm sure that in itself will be quite a comfort to your old mentor, Lt. Wincott.

Are you familiar with the creatures known as the minions of Igneous? They are most insidious. They disguise themselves as simple rocks, but when approached, they become fearsome monsters. I would like you to go out into Grendel's Gulch and defeat these creatures. The area is deadly enough without them.

Your Paragon City police are already fighting a war on two fronts in the Hollows. The Igneous creatures can only exacerbate that problem.

You have decreased the number of Igneous minions in Grendel's Gulch.

The Igneous are deadly creatures, never forget that. You have made great strides today, but it will be some time before the threat is truly contained.

I have spent the morning at divination, and I have uncovered a most valuable secret. I know where the Trolls' leader, Atta, makes his home. It is a cavern deep within the Hollows, where many of Atta's bravest Trolls dwell. If you can defeat Atta, the Trolls will have a hard time recovering.

Atta is one of the few Trolls with any reason remaining. For that reason, he is far more deadly than his brethren. I must recommend putting a strong team together before facing him.

In my mind, I have seen Atta's den, and I must warn you: it is a death trap. Be ready for anything.

You sniff the air: Superadine, Troll sweat and a burning scent you can't quite identify.

You defeated Atta! Note: Atta is almost always in the same spot.

Before combat: No one get through!
Combat start: For Atta!

Before combat: You find heroes yet? I waiting.
Combat start: Gut them!
Defeated: Heroes no play fair.

Atta's loss is one the Trolls will feel for a long time, my friend. But if Sam Wincott really is in the Circle's hands, then we had better move quickly. I don't know what the Circle wants with that young man, but I know they have only one goal here in the Hollows: finding the Cavern of Transcendence. Perhaps they plan to use Sam Wincott in a dred ritual to uncover its location. 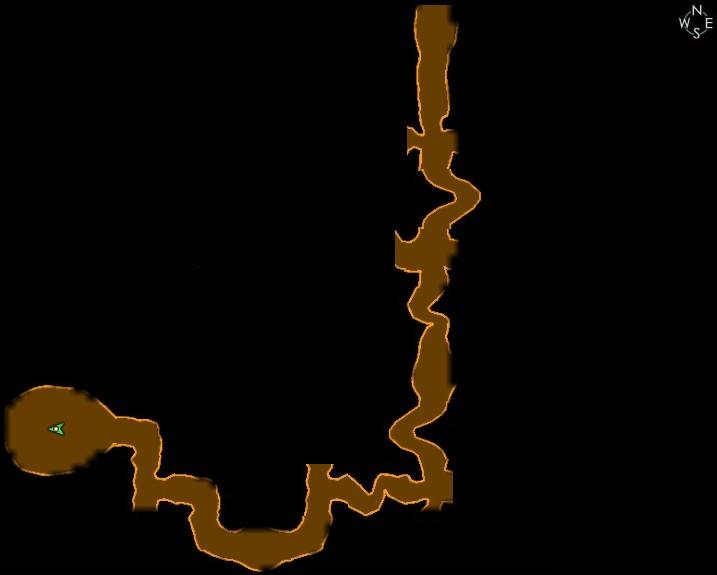 We need to move quickly on the information you got from the Trolls' leader, Atta. If Sam Wincott really is in the Circle's clutches, we've got to retrieve him at once. The Circle has been seeking the Cavern of Transcendence for years. It could be that, in Sam Wincott, they've found their key.

More than one person has died in the search for the gateway at the heart of the cavern. I'd hate to see Sam Wincott join their ranks.

Elegant bronze sconces lend some elegance to these caverns

You defeated the Circle and learned the fate of Sam Wincott.


Circle of Thorns Lieutenant: No one will come between us and that gateway!

So, the Circle used Sam Wincott's inherent magic abilities to uncover the location of the Cavern of Transcendence. This is bad. This is awful! As we speak, the Circle is probably moving on the cavern. And Sam Wincott remains in the hands of the Igneous!

I have a plan. I believe I can use magic to force one of the Circle mages to give up the location of the Cavern. He will not be willing, you understand. But he will help you to get the job done.

It was difficult, but I have managed to subvert the will of one of the Circle mystics. He will remain under my control long enough to guide you to the Cavern of Transcendence. Please go to him now. He cannot harm you, though I expect he would wish to.

Do not be afraid of Karsis. He is under my control, at least for now.

Foolish mortal. Yes, I will guide you to the Cavern, because I have no choice. But I will never forget this slight. Be warned: you will never be free of the Circle.

Excellent. As I expected, Karsis is fully under my control. You will have to gather a full team if you expect to enter the Cavern of Transcendence. But at least now you will have a guide.

I have watched your exploits in the Hollows for quite some time. Yes. I know everything that goes on in the Hollows. Almost everything, that is. I have not yet been able to locate the mighty gateway that calls to all of magic blood. But rest assured, I will. The only thing standing in my way is this cursed infestation of evil-doers. At the moment, the greatest threat is the Trolls' continued tunneling. Will you defeat some of their members, to show them that their kind is most unwelcome here?

The Trolls tunneling continues to destabilize Cherry Hills and the area nearby. If the Trolls were to accidentally expose the gateway, it would be devastating. The Circle would descend like a knife.

Excellent. The Trolls have felt your might, and they have become afraid. I believe you can do great things for the Hollows. I am sure I will have need of you again shortly.