Is there a list of emotes added in Going Rogue available somewhere online? That would make documenting them here substantially easier. Draeth Darkstar 19:55, 19 August 2010 (UTC)

The unlockable section was looking a little bit crazy with stuff being added in no particular order other than when it was released, so I split up the table into groups from what the pieces are unlocked by.

I also separated the Costume Change Emotes section from the general Unlockables section, and gave it it's own Unlockables grouping, since as of Issue 15 there are four costume change emotes that are inherent to everyone. Draeth Darkstar 15:41, 20 July 2009 (UTC)

The only one I can't check is vanguard sigil, the others all do. I will assume vanguard sigil also does and update all accordingly. Draeth Darkstar 09:07, 22 July 2009 (UTC)

I am currently going over every emote Alias in the game (listed by Back Alley Brawler here: [1] ) for a little project I am working on, so I will be updating the Aliases sections on this page to the best of my ability as I go through the enormous list, because there are literally dozens of aliases that are totally unlisted on here atm. Draeth Darkstar 00:20, 3 July 2009 (UTC)

Yeah, I saw that post today. Doing a side-by-side comparison I found we're missing the following:

I took care of the wedding pack and cyborg pack ones a little bit ago. I am working from the bottom up of BAB's post (I know, I'm weird =P) so I will be getting to the rest of them in similar order.
Update: I also tacked the Super Science emotes to the unlockables table, but I did not get to test them out while they were available on the training room, so I don't have visual descriptions. Draeth Darkstar 02:15, 3 July 2009 (UTC)

I tested them while they were up. Can't recall if Experiment and MixFormula are the same, but I think they are. You pull out two flasks and mix some chemicals back and forth until one eventually explodes. Then you pull out another flask and start over. Calculate causes a bunch of equations to start floating through the air around you and you start tracing through them as though you're figuring something out on an invisible blackboard. --Eabrace 02:54, 3 July 2009 (UTC)

I have finished going through the list of emotes for my project, and went through them on the wiki article simultaneously. I am 99% certain that every emote/alias set is now correctly listed. All of the emotes listed above are, for sure. I also added the information you provided to the Super Science emotes.
The next big thing to be done with the article would be to make image pages for the emotes that do not have them yet, but I am new around here and not yet comfortable with the idea of generating pages from scratch, let alone that many. However, a very useful resource to do so for someone more experienced than I would be Mantid's Animated Emote Guide: http://www.the-swarm.org/Emotes/EmoteGuide.htm - it isn't updated with the Issue 15 emotes as of this writing, but the rest are there and I would imagine an update will be coming soonish. Draeth Darkstar 08:21, 3 July 2009 (UTC)

I just added the emotes unlocked with the Magic booster pack. The list of unlockables is starting to look vaguely in need of a bit of reorganization, perhaps by pack. Anyone against? --Rugiel 08:14, 17 April 2009 (UTC)

Didn't realize someone already mentioned this, but I just took care of it. Hopefully it looks a bit better now. Draeth Darkstar 15:43, 20 July 2009 (UTC)

I just added the new emotes per Bridger's Issue 9 post. Apparently, the /e barf emote isn't implemented, or they decided to remove it, because if you type it in, it shows up in a "thought bubble." Also, although /e readbook doesn't appear in a "thought bubble" (and this looks like it's a valid emote), there is no animation associated with it. If you type it in, your character does not react to it at all. --TonyV 17:53, 3 April 2007 (PDT)

I tried the wait emote without success. I was wondering if others have had success. If not we might want to consider taking this off the list here. Digitizer 17:37, 2 May 2007 (EDT)

Just thought I'd point out that the drum and drumlow emotes DO have sound. If there's no objection, I'll change the article to reflect this.WinterKestrel 01:10, 13 June 2008 (UTC)

Ya beat me to it.

^^ heh, I'll see if he'll redo the i7 ones on one of his catgirls, you can link those and startle Snorii ^_^

New Emotes for I8

I've read that we can choose which dance emote now and there are new sitting emotes. Oh, and random things like hamburgers, donuts, hot dogs when using /eat. - Snorii 14:52, 13 October 2006 (PDT) 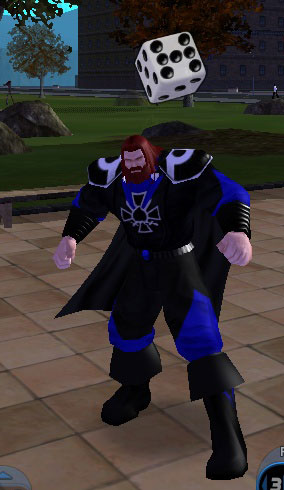 Mantid is leaving the game, and is probably going to close down the web host soon; with his permission I've downloaded all of his animated images (except for a few that returned 404), and I'm transferring them here --Fleeting Whisper 04:25, 12 June 2009 (UTC)

I'm removing the link to Mantid's guide because it's a dead link now. -- User:Slickriptide

So Mantid is gone, most likely for good. But the animated emotes are just too useful to give up, in my opinion. In that vein, I have decided to create a COHDEMO file I can use to grab any new emotes, such as the ones that have come out since Mantid left.

I've already done CCPeacebringer and CCWarshade, and I plan to do the remaining emotes that are missing animations over the next few days. However, I also can't guarantee that I'll be here forever, so I'm posting my method for developing the new animations on a subpage of this talk page: Talk:Emotes/Animation Cohdemo  FW (talk · contrib)  06:41, 13 November 2009 (UTC)

Sorry for the off-topic post, but, would it be possible to use your method or some modification of it to create animation .gifs for the Animation Customization page as well? I've looked at demo recording before, but the process largely eludes me. Draeth Darkstar 01:53, 18 November 2009 (UTC)

As far as demorecords go, there really isn't any difference between an emote and a power.  FW (talk · contrib)

Considering what I want to do with my life, the most likely reasons I'd leave are death (and unless you can bribe the grim reaper, I don't think money'll help with that), or becoming a Paragon Studios employee :P  FW (talk · contrib)

Bwahaha, I got all the current emotes set up now!

All animated emotes are finally completed for everything that's been added since 2009. Some of the results are a little crazy because the "wind" in the animations makes Ghost Widow's hair and cape do strange things, but at least it's standardized with what was done previously. I'm a little disappointed by the quality of the thumbnail images that were uploaded with the white specks in them, but the performance doesn't seem to be affected on the actual animations. *shrug* At least they're done. —

All animated emotes really are done now (I'd forgotten CCInnerWill), as well as updates for purchasing from the Paragon Market and other playback details on the Emotes main list. Give me a shout if I missed something, otherwise it's time to move on to the next project! —

The emotes and costume change emotes from the Incarnate merit vendors need to be added to this page. Storyteller@fuse.net 22:44, 6 August 2011 (UTC)

And also the emotes from the Steampunk pack as well it appears. Storyteller@fuse.net 22:51, 6 August 2011 (UTC)