In issue 8 of the City of Heroes franchise, the Faultline Trial zone was given a major overhaul resulting in a vastly different zone. For those curious about what things were like before the changes took place, here is a glimpse of what the old Faultline was like. 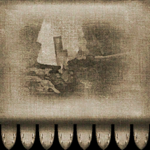 1.03 miles across (from skyway to the dam) 774 yds across (west warwall to east warwall)

Vahzilok - large gangs used to roam the area and usually included one or more lieutenants. They can still be found in the new Faultline but only at night, and in significantly reduced numbers.

Circle of Thorns - No one was ever sure what the Circle of Thorns was seeking in Faultline but their gangs were as large as the other villains in the zone. When Issue 8 overhauled the neighborhood they were forced out never to be seen again.

Clockwork - The ruined buildings throughout the zone provided these scavengers with a wealth of metal they could use to construct even more of their members. Still found roaming the area today they continue to search for precious metal and harass workmen trying to rebuild.

Prior to Issue 8 only the following Exploration badges could be found in Faultline:

The same history plaques that exist today were located in the zone:

NOTE: while many are in the same locations they were previously found, several badge markers and plaques had to be relocated to make way for the repaired buildings that now occupy the area around the gate between Skyway City and Faultline.