After the destruction of Galaxy City in Issue 21 and the restructuring of beginning contacts, Azuria no longer offers missions to heroes.

Azuria is a hero contact in the Atlas Plaza neighborhood of Atlas Park at coordinates (-80, -784, -827). Azuria is a Magic origin contact. Her level range is 1-4. Azuria is the initial contact for heroes of magical origin who start in Atlas Park. She is also an authority on many things magical, and as such, many contacts send you on missions to take mystical items to her. She is located inside City Hall.

Single contact option
Our paths must soon diverge, but first let me introduce you to a new contact who can help you on your journey.

You should consider introducing yourself to Laurence Mansfield. He is one of the more personable county coroners. He can be a very helpful resource on the Hellions and the Circle of Thorns. He is located in Atlas Park.

Mansfield has a strange sense of humor sometimes.

There's an EMT named Paco Sanchez who'd like to meet you. He's not only great at his job, but he also works well with heroes, tipping them off whenever he sees something interesting going on with the Hellions and the Circle of Thorns. Paco can be found in Galaxy City.

You should introduce yourself to Genevieve Sanders. She's a pharmacist with a heart of gold who does a lot of community work, and she loves to help heroes against the Hellions and the Circle of Thorns. Genevieve is near the hospital in Kings Row.

She is one of the nicest people I know.

Azuria is a seer who works with MAGI, the Modern Arcane Guild of Investigation. This section of the Federal Bureau of Super-powered Affairs assists young magic heroes in finding the right path. Some call Azuria a charlatan, but those in the mystical know believe she has great insight and wisdom. Recently she has been troubled by many grave visions about the nefarious Hellions who plague Atlas Park.

I am not part of your destiny, Character. Seek out Active Contact instead.

It is my belief that you are destined for greatness, Character.

You are overburdened, Character. I cannot in good conscience add to your load.

Before I can give you more tasks, you must attain Security Level 4.

Nothing more I can say will help you on your journey. Perhaps your other contacts can assist you.

My friend, you will need more than good karma on your journey. Call, and I shall answer.

You have revealed a great deal to me about your character. My secrets are yours, Character, and so are my most powerful charms.

Take on the Hellions and show them they aren't welcome

Myself and others here at the Modern Arcane Guild of Investigation have sensed a disturbing trend. The Hellions are making rapid headway in their bid to take over Atlas Park. These Hellions are thugs who have discovered some source of dark mystic powers, and use them to enforce a brutal reign of terror on the streets. I need you to take on the Hellions and show them they aren't welcome.

These Hellions are playing with powers they do not understand, and care little for who gets hurt. I would recommend you begin first by battling them on the streets of the city. Defeat 5 of their number to introduce yourself to them.

Please attend to the Hellions.

You found a crumpled note on one of the defeated Hellions.

Bust gang leader and his crew 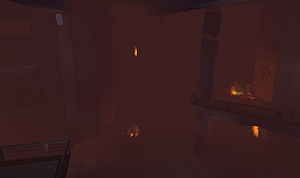 It does not surprise me that they know of you already, Character. Your name is writ large in the book of fate.

This isn't the usual aroma of gun polish and grease. There's a musty odor in this room, the smell of something ancient.

You found an ancient statue on one of the defeated Hellions.

Blood Brother Brawler: Do you think this Character is a problem?
Blood Brother Slugger: Nah. We can crush anyone!

I am glad to see you have taken the initiative in this matter. It is no surprise that the Hellions already consider you a threat, Character.

This figure you found is an ushabti! Such statues were buried with the Egyptian dead; it was believed that they would perform their master's work in the afterlife. The Egyptians were no strangers to magic, and some of these ushabtis are invested with great power. I don't understand where the Hellions would get such an item. This will bear further investigation.

Ever since the Hellions sprung up, they've been trafficking in stolen magical artifacts. These are often items of little power, but the number of them is truly astonishing. We'd like to find out who's been supplying them, and we may have a chance to do so. A Hellion fixer called Destructor is thought to be hiding out in Atlas Park. I need you to investigate the Hellions' hideout and capture him.

Your primary objective is to find and capture Hades and his cronies. With them in custody, we may be able to get some answers.

You haven't dealt with the Hellions hideout.

Cigarette butts and spent ammunition litter the floor. It looks like the Hellions have been holed up here for a while.

You defeated all the Hellions.

Destructor: Mr. Hill says we are doing a great job, and to keep up the good work.

I will begin looking for this Mr. Hill the thugs mentioned. It's not much to go on, but at least it's something. Once again, the Entities seem very pleased with your progress.

One of MAGI's associates was mugged last night, and I have reason to believe it was no random crime. Helen Klein is a Middling, one of those associates not gifted with the arcane arts. The locket the Hellions took from her was no mere heirloom; it was a ward meant to protect her from dark forces. Sadly, it could do little against brute thugs.

I've done a divination, and I feel the pendant's presence in the Smathery & Sons warehouse in Atlas Park. Character, will you find the stolen locket?

These Hellions are fools. They seek to tease powers from dark forces they do not understand.

When the Hellions moved in, the warehouse employees learned that work could be hazardous to their health. Now, this warehouse is nothing more than a Hellions hideout.

You got the locket!

Thank you so much for finding Helen Klein's pendant. I feel that the Entities of the otherworlds wish to thank you as well.

A Seer here at MAGI came to me this morning out of grave concern for our associate Sarah Peters. According to this Seer, Sarah Peters is about to suffer a life-threatening incident that can be prevented by a simple warning. Will you warn this citizen of the imminent peril?

Both I and the Entities will thank you for this. You should seek out Sarah Peters in Atlas Park and deliver the following message:

'Those who walk live yet dead,
shall from the Row of Kings make way,
Come to bring a mortal dread,
and make Sarah Peters pay.
In the second shadow of the night, Sarah Peters must take flight.'

Thanks for the warning, Character. MAGI's Seers are rarely wrong, and I think I may know what this is about. I'll take precautions.

Say, before you go, did you see any Hellions on your way here?

The Entities are pleased with your performance today.

Prevent the Hellions from harassing the civilian populace

The Hellions seem to get a big thrill out of frightening Atlas Park citizens these days. It's getting so bad that people won't leave their houses in groups of fewer than three! Will you prevent the Hellions from harassing the civilian populace? If people can't feel safe in Atlas Park, we may truly be losing the battle for this city.

The Hellions grow bold, for they still think that the city's heroes are weak. Please show them how wrong they are.

The Hellions are still causing panic on the streets.

You have discouraged the Hellions from harassing civilians in Atlas Park.

Soon the Hellions will learn to fear the name of Character.

Talk to the Security Chief

I need you to go talk to the Atlas Park Security Chief. He has information about the current situation here in Atlas Park. Your compass will guide you there.

Please listen carefully to the Security Chief. If he has a task for you, it will be very important.

Here is a briefing sheet on the situation in Atlas Park. Now get out there and help take out some Hellions. If I were you, I'd try looking for them in the Promenade or Prometheus Park.

You should be out fighting Hellions.

You have defeated 5 Hellions.

Well done, Character. With Heroes like you around we have a chance to make Atlas Park safe for everyone.