Rex Woofers, known to most as simply "Woofers" is a super-powered dog and member of the Freedom Phalanx (depending on who you ask). His signature power is the "Bee Bark."

Woofers started as an idea created by Black Scorpion at the first player summit, and Black Pebble ran with it, enlisting players to help spread the legend. 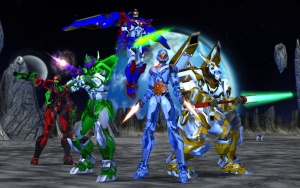 Woofers later appeared in the promotional images for the Mecha Armor Costume Set. 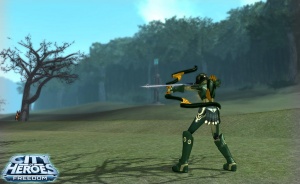 Woofers also appeared hiding behind a tree in the promotional images for the Tech Knight Costume Set. 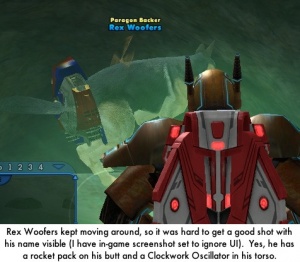 Woofers appeared during a Cavern of Transcendence Trial in September, 2012. He turned everyone into Positron, then into a mix of dogs and ligers, before vanishing as mysteriously as he arrived. 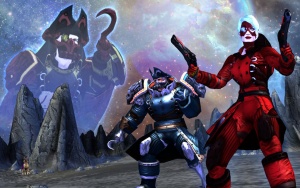 The final officially-created appearance of Woofers, in a promo for Super Pack 2: Rogues & Vigilantes.

Plans were made for a series of live action videos featuring Woofers, but the City of Heroes sunset was announced by NCsoft before those plans came to fruition.