The Vault Reserve provides a place to store a limited amount of Invention Salvage, freeing up space in your personal inventory. Vault Reserves are located throughout the City and Isles, as well as in Pocket D. The Vault Reserve system stores the default amount of Invention Salvage based on your level. Increases to Vault capacity can be purchased with Paragon Points on the Paragon Market, six packs of five slots each. However, salvage storage increases by special means (badges, Vanguard purchase) do not increase Vault capacity, only personal capacity.

Aside from the Pocket D locations, the Vault Reserves are always in a zone that also contains a Wentworth's Fine Consignments or a Black Market.

Supergroups may also install a Personal Storage Vault in their base that allows members to access to the Vault Reserve system.

If Remote Vault is unlocked from the Tier 8 branch of the Paragon Rewards Program, the vault can be accessed remotely from anywhere (including inside missions) by typing: /vault 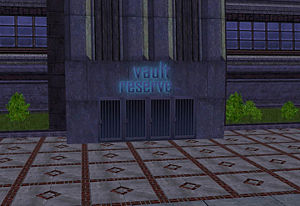 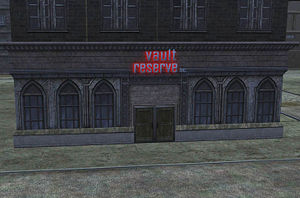 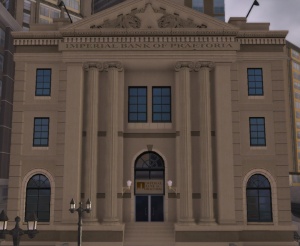 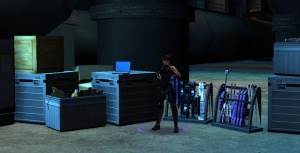 Vaults in Praetoria are located in the "Imperial Bank of Praetoria" or the Storage Assistant in the Underground zones.