The Ghouls are ransacking a lab in Neutropolis. Will you help the PPD drive them out and hunt them down or will you go into the lab and find out what they're after? 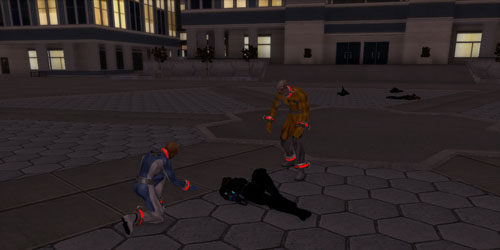 Failed Experiments looking for a key

A battle inside a Neutropolis lab has spilled out onto the street. A few hundred yards north-northwest of the CTA there will be a plaza where the event takes place, at approximate coordinates of (2963, -72, 169).

In this plaza you will find three red-con Failed Experiments and three yellow-con Praetorian PD officers lying on the ground opposite. They are all level 1 so they will be beaten with a single attack. Attacking the downed PPD will begin the Resistance path where you help the Alpha Ghoul escape from the lab itself. Attacking the Experiments will begin the Loyalist path where you stop the Alpha Ghoul from escaping into the tunnels.

Get a lab keycard off the PPD (Resistance) 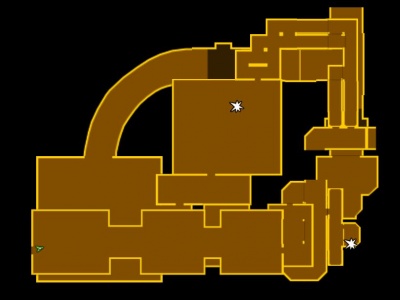 Mission map for the Resistance

The goal is to defeat 30 PPD Officers. They will maintain a presense of 3 at a time, replacing each one as they are defeated. Beat them down to advance to the next stage of the event.

Once thirty PPD are defeated, the survivors will retreat to a nearby building door. Follow them in and you will find yourself inside the lab where Ghouls and PPD are fighting. They will ALL be hostile towards you so fight everything. The terminal is at the far end of this floor in the lab, secluded in a wallset office. Defeat any eight PPD on this floor to unlock the large door that you pass by on the way to the terminal. Enter the large door to advance.

Lucan is still sealed in his tube and it will be easily recognizable by the four computers surrounding it. Defeat the PPD surrounding him then click on all four of the consoles and Lucan will be freed.

With Lucan by your side, proceed deeper into the lab and you will come across more PPD, respawning in a group of six. Defeat ten of them, the remainder will teleport away and the next door will unlock. Follow Lucan as directed and head through the door.

Another lab room with more waiting PPD. Repeat as above and follow Lucan through the next door.

You will find yourself in a large tunnels chamber where Interrogator Hoffman waiting in the centre surrounded by PPD. Beat down 20 of the PPD, his guards, and then take down Hoffman. Once Hoffman is defeated the survivors will flee and you can claim your reward.

Fight off the Ghouls (Loyalist) 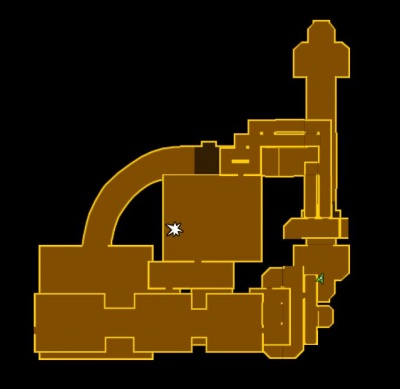 Mission map for the Loyalists

The goal here is to defeat the incoming Ghouls while protecting the PPD Officers from harm. The PPD will maintain a presense of three officers while the Ghouls will arrive in packs of five. The Officers will help you fight the Ghouls with their weapons but you must try and keep at least one alive by the end of the segment. It is not neccessary to protect all of them.

Once you have defeated enough Ghouls, the surviving topside participants will all rush for a nearby door. Follow them and you will find yourself in a small section of Underground tunnel. In this section will be some T.E.S.T. Officers who will be fighting Ghouls. Proceed in and you will find a large door similar to that of the Resistance bases. Ghouls will approach this door in packs of three, replacing each Ghoul as they are defeated.

When thirty Ghouls have been beaten, all the survivors will retreat into the large doorway. Follow them in and you'll be in a curved section of tunnel where seven Ghouls are fighting PPD Officers. Beat at least five of them and then continue onward to the large room at the end where you will find a group of about eight Failed Experiments. The PPD officers will follow you in and maintain their support as you fight the Experiments but they no longer need protecting.

After the thirtieth Experiment falls, Lucan will arrive with a group of Resistance fighters. Several PPD Warrant Officers will join the fight and it turns into a big free-for-all. The only one who needs to be beaten is Lucan and once he is down; all the NPCs will either retreat or stroll out. As soon as he is defeated, you can claim your reward.

Choosing this reward grants a random Single-Origin Enhancement compatible with the character's origin.

Choosing this reward grants an additional amount of bonus Information.