Powers have many aspects, such as damage caused, accuracy, and endurance cost. Enhancements permanently improve one or more of those aspects. For example, for a typical ranged blast power, Enhancements can make it hit more frequently, cause more damage, reach farther, cost less endurance to use, or have a faster rate of fire. An Enhancement's type and level both affect how much benefit it gives to a power. Once an Enhancement is assigned to a power, it cannot be moved to a different power, although it can have its level increased or be replaced or removed entirely.

Enhancements can be bought from contacts and stores. They are also "dropped" randomly by defeated (non-player) enemies and are provided as rewards for some missions.

A common mistake made by new players is to refer to enhancements as enchantments, a carry-over from fantasy games.

The main types of Enhancement all improve only one particular aspect of a power. Special Enhancements and some Invention Origin Enhancements improve multiple aspects. 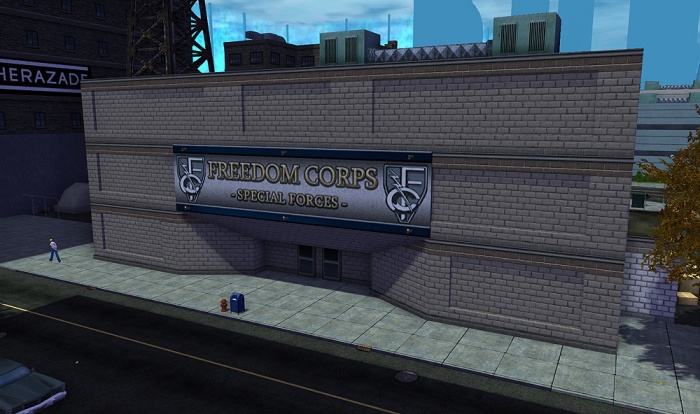 Training Enhancements are the least potent of all Enhancements. They are dropped by enemies for characters of level 1-21.

Dual-Origin Enhancements, often referred to as DOs, provide exactly twice as much improvement as Training Enhancements. Because DOs are more powerful, they are more specific for a character and also much more expensive. DOs may only be used by a character whose origin matches one of the Enhancement's two. For example, a Natural/Magic DO is only usable by characters of a Natural or a Magical origin.

Dual-Origin Enhancements may be bought at origin-specific stores and NPCs in various zones and, at an inflated cost, from individual contacts. Currently, the lowest level Dual-Origin Enhancements available for purchase are level 15, which are usable by characters of minimum level 12. DOs are dropped by enemies for characters of level 13-40. DOs are also sometimes provided as mission bonuses, and in the cases of Task Forces and Story Arcs, the player may even choose the aspect.

Each Origin only "crosses" with two others in Dual-Origin Enhancements. This may be relevant when deciding which stores to visit and for party optimization.

Single-Origin Enhancements, often referred to as SOs, are even more powerful. They provide twice as much improvement as DOs (or four times as much as Training) and may be used only by a character whose origin matches the Enhancement's.

Single-Origin enhancements may be bought at origin-specific stores and NPCs in various zones and, at an inflated cost, from individual contacts. Currently, the lowest level Single-Origin Enhancements generally available for purchase are level 25, which are usable by characters of minimum level 22. There are, however, some particular exceptions as low as level 13 sold in Mr. Yin's store, allowing some characters to use some SOs as early as level 10. SOs are dropped by enemies for characters of level 22-50. SOs are also sometimes provided as mission bonuses, and in the cases of Task Forces and Story Arcs, the player may even choose the aspect.

SOs in certain level ranges for Heroes may only be purchased from contacts that require a mission before they will deal with you. Here is a quick reference. More detail in each contact's page and on the Stores Inventory page.

This table shows the exact chances that dropped Enhancements will be of a certain type, according to the patch notes for Issue 9. This is not the chance of getting an Enhancement as a reward for defeating an enemy.

Standard Invention Origin Enhancements can be purchased (using inf) at a fixed cost, at any level, at an invention worktable, or if other players are selling them, through the Auction House . Standard IO Enhancements are only available at levels divisible by 5 (i.e. 10, 15, 20 etc). Standard IO Enhancements only ever improve one aspect of a power (much like a TO, DO or SO) and provide no other benefits apart from not expiring as the player levels.

Invention Origin Enhancement Sets (like Sting of the Manticore) are unable to be purchased - they have to be earned, as either a drop from a defeated enemy, or completion of a mission, trial or task force. They can, however, be auctioned through the Auction House, at a price to be determined by the seller. IO Enhancement sets are available at every level (i.e. not only those levels divisible by 5) and provide two further benefits to the player:

A power can only have as many Enhancements as it has slots. Every power begins with one slot. As a character increases in level, they receive additional slots which they can distribute however they choose among their powers, with the only limit being that no power can have more than six slots. Thus, each power may potentially be enhanced up to six times.

Each character also has an inventory tray that can hold up to ten spare Enhancements. The inventory tray can be extended via the Paragon Market using 1600 Paragon Points to add ten slots. This can be done twice to have thirty inventory slots in total for holding Enhancements. As there is limited room to display slots, each set of ten slots are placed in tabs.

Once a slot is assigned to a power, it is permanent. Once an Enhancement is put into a slot, it may not be reallocated to another slot or removed, although it can be destroyed, replaced with a different Enhancement (which also destroys the old one), or combined with a similar Enhancement to increase its level (more on that later). A player can use a power respecification to overcome these restrictions by completely rebuilding her character from level 1, but this is an all-or-nothing process, requiring every power and every slot to be re-chosen.

The Lightning Bolt power, slotted with three accuracy enhancements and one damage enhancement

Enhancements may be stacked, or have multiple copies slotted within the same power, to provide larger bonuses to the aspects they enhance. The improvement that comes from stacking Enhancements is normally cumulative. However, when the total improvement becomes high enough, it is subject to Enhancement Diversification, which imposes diminishing returns. In the example picture above, three accuracy Enhancements (a DO, a Training, and an SO, respectively) are stacked in the slots for the Lightning Bolt power. Since the cumulative boost of these Enhancements is not high enough to be subject to Enhancement Diversification, the total boost in accuracy is equal to the sum of the boosts for each Enhancement.

To see when characters open up new enhancement slots, see the Leveling Chart.

All Enhancements except Invention Origin may be combined, which makes two of one type of Enhancement into one slightly higher-level one. Combining allows old Enhancements to be upgraded at a lower cost than buying new ones. It also allows a character to have Enhancements of a level not sold in stores or otherwise easily obtained. Combined enhancements can not be sold in the Auction House.

Enhancements may only be combined if:

The most often-used method of combining involves one Enhancement already in a power and one in the inventory tray. It is also possible to combine two Enhancements that are already in the same power. A successful combination destroys the lower-level Enhancement, increases the level of the higher one by 1, and puts that upgraded Enhancement into the power. The increase is shown by an extra “+” after the Enhancement's level, which marks the increase as well as the fact that it's been upgraded once. This is important, since Enhancements cannot be upgraded more than twice through combining. For example, a level 6++, a level 7+, and a level 8 Enhancement are all effectively level 8 and all provide identical bonuses, but the 8 can be improved two more times, the 7+ only once more, and the 6++ cannot be improved (although it can be used to improve another).

Combining doesn't always work. Success or failure depends on how different the Enhancements' levels are from each other. Equal levels are guaranteed to combine. Every level between the two Enhancements adds a 5% chance of failure. A failed combine destroys the lower-level Enhancement and puts the higher one into the power without increasing its level. (Note that when combining from the tray, if the tray Enhancement is higher than the one in the power, a failure still replaces the low with the high, which is still an improvement.)

Currently, there are 26 Enhancement aspects:

These aspects don't all receive the same benefit from Enhancements. Some get more boost than others. Aspects fit into four general categories, called schedules, according to how much benefit they get.

There are several Enhancement aspects that have been retired and combined into new ones. The currently known ones are:

The following is a table of a combination of Training Origin, Dual Origin, Single Origin, Common Invention Origin, Hamidon (and Synthetic Hamidon) Origin, and a selection of Invention Set Enhancements, in order of enhancement effectiveness. It shows the relative value of all of these enhancements combined into one table. Naturally, this does not take into account the power it is being slotted into. An EndMod/Accuracy Set Enhancement will only be using half of it's value in an auto-hit power, for instance. Likewise it does not take into account the relative usefulness of the effect being enhanced. A Centriole HO for instance would appear to be highly ranked, however because it enhances Range, it is generally not considered one of the best enhancements available. Nevertheless this table shows that SO level performance is possible as early as level 18 by slotting level 21 dual set enhancements or level 14 by slotting level 17 triple set enhancements.

The table assumes Schedule A Enhancements, however the ordering would not change for other Schedules. The highlighted numbers represent traditional "signposts" of effectiveness. Before I9, an even-level SO was considered acceptable performance, while a +3 SO was considered ideal. When you hit level 47, you could begin to slot HOs, which represented the maximum effectiveness available before inventions. Very few powers can actually use all three enhanceable effects of triple HOs, but in theory they still represents the maximum possible effectiveness.

This list does not attempt to list every enhancement in the game. The omissions are quad set IOs, non even-level HOs, Hydra and Crystal "HO"s, and many possible levels of invention set enhancements. It is not intended to be comprehensive.