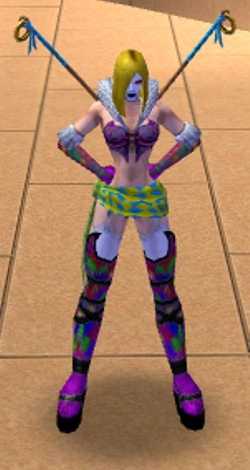 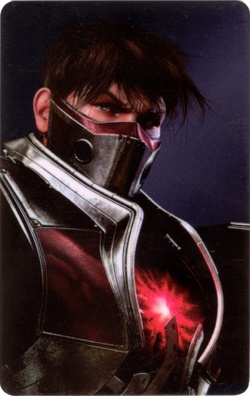 This costume will let you dress up as a Carnival of Shadows Ring Mistress at any time. Note that the costume is mutually exclusive with most self-stealth powers, and cannot be used while shape shifted.

Game codes for this costume power were given out at the NCsoft booth at PAX 2009 from September 4-6, 2009. It was later sold at Hero-Con 2009 for (US)$20.00. One code permanently unlocks this power on all characters (Heroes and Villains, current and future) for one account.

City of Heroes community developers Avatea, Niviene, and theOcho held contests on the "Forum Games" section of the City of Heroes forums every Monday, Wednesday, and Friday, from January 11, 2010, to July 30, 2010. The winners of these contests were given a choice of one of six costume codes, including the Ring Mistress costume.

This power uses NPC model CARNIVAL_MISTRESS_05 for all characters.