Presumably, the origins of its name refers to Frankenstein's Monster (a monster made from several different body parts of other humans) and Slotting.

Using a standard single target hold. In holds you usually want to maximize the accuracy, the recharge, and the hold aspect of the power.

This gives a total value of 95.8% to accuracy, hold, and recharge, basically resulting in nine IOs worth of effect slotted into six enhancement slots, and hitting the ED cap of ~95%. In addition, two set bonuses (reduce mez duration and increase defense) are added to the character's global total, basically "for free". 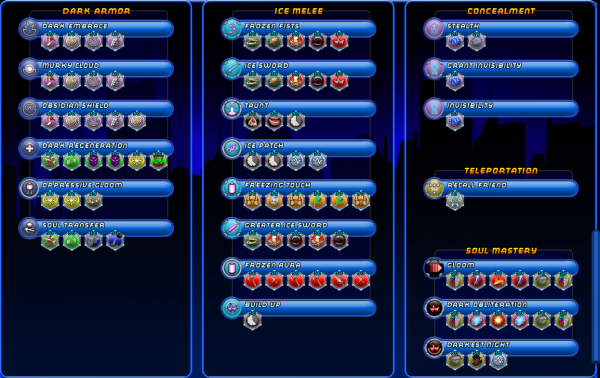