The United States once held their oil reserves in Paragon City, until the reserves became an attractive target for villains trying to make names for themselves.

The Burning the Midnight Oil Badge is located in Crey Factories neighborhood of Crey's Folly. It can be found on a catwalk 180 yards northwest of the Crey Factories marker. It is on the western side of the second silo rising out of the sludge, from left (north) to right (south). Its coordinates are (840, 24, 1,798). 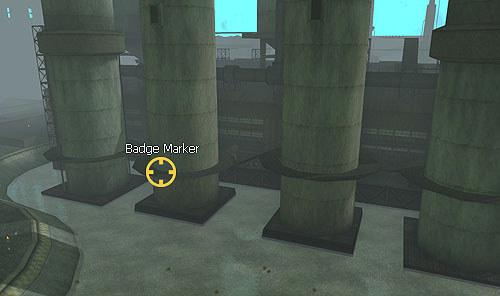