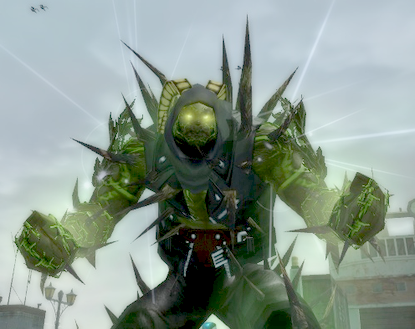 Jack O'Thorns is a brutish thug whose penchant for mayhem and torture is made only more horrible by the tenderness with which he treats his plants. He towers over most people, and uses his size to intimidate as much as he does the threat of his toxic flora.

Jack's body appears to be comprised mostly of plant matter. His brief incarceration in the Ziggurat yielded little time for physical examinations. It was determined during his stay there that Jack can apparently go without food if given a light source and water.

As he has progressed in power, Jack has also grown in cruelty. As he has learned new ways to apply his talents in the field, he has learned new ways to horrify his victims before killing them in terrible ways. As they struggle helplessly against the vines around their throat, convulsing with the toxins in their bloodstream, the last thing Jack's victims see is often the glowering face of their killer, calmly reading the newspaper as he waits for them to die.

Jack was always a quiet boy. As a child he grew like a weed, and was nearly six feet before he was out of elementary school. For all his size, Jack was slow and shy. He was out of school several weeks out of each year to help with his family's crops, where his size was an asset, as were his considerable gifts in botany. Given his rural upbringing and unusual size, the kids in his school teased him, calling him the Jolly Green Giant.

Those same kids were more kind to him in high school, where his skills with growing herbs made him a certain kind of popular with a certain kind of student. Still hulking over his classmates, and still painfully quiet, Jack found a kind of peace at that point of his youth. No one wants to talk too long when they're only buying herbs from you, but nor do they want to bother you. Jack had quite a productive little entrepreneurship going by the time he graduated high school. Despite his business venture and the time associated with it, Jack was an excellent student, though his attendance suffered when it came time to sow and to reap.

Jack's parents died under suspicious circumstances, both succumbing to a gradual buildup of pesticides in their system. That they went several months apart did little to assuage the authorities, but nothing could be proven and they did work with the pesticide in question. Their deaths were ruled accidental, and Jack became an orphan. Only after his parents' death did Jack learn that his father's farm was not doing as well as he had thought. Less than a year after his parents died, Jack was forced to sell the farm and hit the road. Jack had always been able to locate good things to eat in the wilderness, so he never wanted for food. He spent a couple years following the seasons. He planted oranges in Florida, tobacco in the Carolinas, and peaches in Georgia, before moving on to plant corn in Iowa, potatoes in Idaho, and coming back around to start picking oranges in Florida.

A migrant worker's life is never easy, but Jack was a simple man and roughened from years of hard living. Growing up a farmer and becoming a migrant worker had taught Jack to look out for his own. No one picked on him for being too tall anymore. Now they were glad he could reach the higher branches, and glad he could break their fall if he had to.

As Jack traveled he continued with his business operation he'd started in high school. Wherever he went, Jack could always locate a good supply, and people who knew him never knew where it came from. Jack had a secret he'd kept all his life. From the time he could talk, could walk around and look at things, he'd been able to talk to plants. "Grow up," he'd ask the crops, and they would, over time. As he grew up, his powers increased, and he could grow an acorn to a tall tree over the course of a week of patiently encouraging it. His parents were terrified of Jack's powers, but grateful for them. They taught him to use his powers sparingly, so as not to arouse suspicion. Jack felt when he lost the farm that if he'd been able to use his powers to the fullest extent, he could have kept it. Only his father's fear had cost Jack his land, which thought drove Jack to push himself over the years that followed the loss.

By the time he was 26, Jack was well known among such circles as "Lucky Jack." Crops he planted never failed. Harvests he brought in never spoiled. Farmers were always glad to see his massive frame darken their door, and other workers were always glad to gather around a campfire with him at night. It was a hard life, but one at which Jack would have been happy for many years to come, except for one night's work.

One evening in early Spring, Jack was enjoying some down time, having just earned a good stack of cash at his legal trade, and an even better one at his not-so-legal one. Jack was out on the town for a drink and a dance, perhaps more if the dancing went well. Unfortunately things didn't go so well. As he was leaving a bar, Jack was struck from behind by a mugger, who made off with Jack's wallet and the considerable stack of cash still stored within. Without time to think, Jack reached out after his assailant, wanting only to grab him and pull him back. The powers Jack had long been exercising came fully to the fore in the height of his anger, and Jack felt something new and green flex in his mind. As the thief ran, thick thorny vines sprung out of the ground, cracking through the sidewalk, and wrapped him in their embrace. 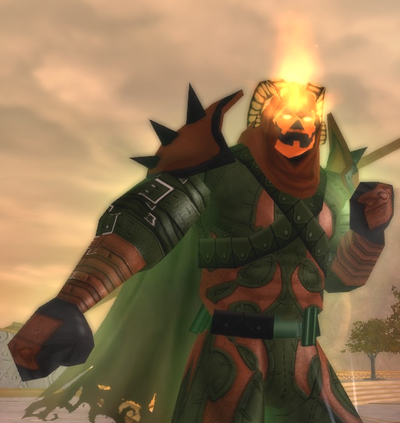 Jack, still enraged, only hung back a moment before diving fully in, making another gesture, another of those strange green flexing feelings, and more vines burst through the sidewalk and clutched the mugger even more tightly, as Jack bore down on him and retrieved his wallet. Only after Jack had his wallet back did he return to himself, and take notice of what he'd done. The mugger hung rigid in a cage of rapidly drying and withering vines, his face twisted into a convulsive grimace by the poisons in Jack's vines. And behind him, Jack saw a group of twenty or thirty people, all looking at him in horror. Several of them had cell phone cameras pointed at him. Jack was a murderer, he realized, looking at the poisoned husk now surrounded by splinters of dead vine. What's more, Jack realized, this had only been an accident.

Now it was time to start doing it on purpose.

Jack spent another year engaged in fairly petty crimes, as far as budding supervillains go. He robbed a bank here, an armored car there. Robbery, murder, the occasional kidnapping, all were crimes Jack dabbled in over the years. As he worked with his powers more and more, that strange feeling of a green muscle in his mind spread to his entire body. Extending lethal constrictor vines was no more effort than picking up a spare tire. Crushing the life out of someone with those same vines would barely even knock him out of breath. And as he became more in touch with his powers, they became more in touch with him. His skin roughened and darkened to a barklike consistency, while over the six months following his first murder ram's horns budded from his skull and grew to apparently full length. It's possible Jack could reverse this process, but his powers are more interesting to him than his complexion, and he's not yet exercised the option.

In the time since escaping from the Ziggurat, Jack O'Thorns has only gained in power. Jack has even gone so far as to take a cape from a local superhero, wearing it as his own. When faced with a crowd, Jack commonly leads the fight with confusing spores, horrifying his targets with nightmarish hallucinations. By the time they recover from the effects, the "monster" they were fighting is often slain, and found to be a friend. Once his foes are appropriately engaged in fighting each other, Jack's poisonous roots snare the entire crowd. Once the group is rooted, poisoned, and murdering one another, Jack picks them off one at a time, sending vines to entangle and strangle while refreshing the garden of roots holding them in place. While weaving vines throughout his targets, Jack leaps in and out of the thicket, skewering his hapless targets with toxic thorns while launching more of the same into the crowd.

As his career has progressed, Jack has learned to summon forth a giant flytrap, which he insists on calling "Audrey" with a smirk. This flytrap functions on its own, hurling thorns and vines of its own to complement Jack's. Furthermore, Jack has developed highly damaging thorn attacks, often leaping into melee eagerly to slash and skewer. Jack's mastery of thorny assault has led him to learn to unleash a thorn barrage, the sheer force of which often knocks his targets back a good ways. This is commonly used to push a melee foe backwards into a patch of Carrion Creepers, or even just back into range of a brute, should Jack be working with one. 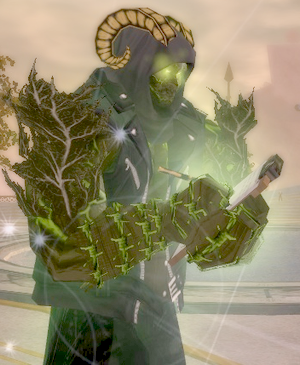 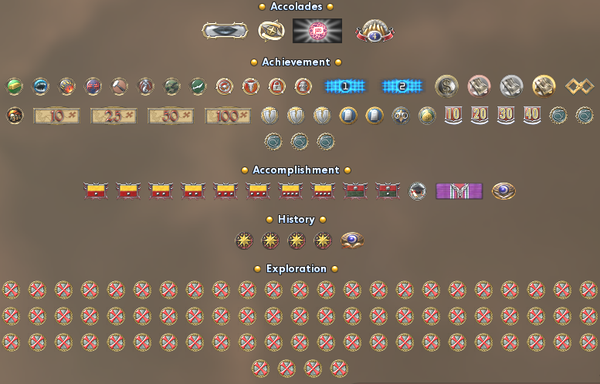