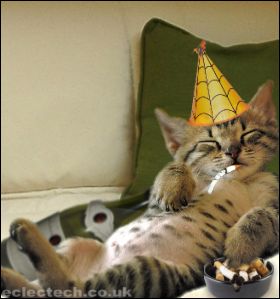 A resident of the Litterbox and prosecutor of Kitty Court, Bad Luck is the Anthropomorphic Personification of misfortune and ill luck. Orginally represented in game by the catgirl scrapper named Bad Luck(Triumph), unfortunate circumstances caused the character to fall into disuse, however the CoH Forum handle persisted.

In the Litterbox, Kitty Court, and Corner Store, Bad Luck is commonly involved in the hijinks of the day, usually in trouble or encouraging some. But no matter how it turns out, Bad Luck always comes back, either through the rare fortuitous circumstance or replacement by another Bad Luck from elsewhere. This is necessary because Bad Luck lives up to his name, if it's dangerous, silly, or even if he's checking the mail there's always a chance for personal disaster. He also tastes a bit like chicken. Typically operates out of Mr. Piggins cage, The Mysterious Plothole, the Litterbox, The Corner Store, and Kitty Court (prosecutor).

Bad Luck is categorized in game as a Claws and Super Reflexes scrapper.

'A plot hole is a gap in a storyline that goes against the flow of logic established by the story's plot or story bible. While many stories have unanswered questions, unlikely events or chance occurrences, a plot hole is one that is essential to the story's outcome. Plot holes are usually seen as weaknesses or flaws in a story, and writers usually try to avoid them to make their stories seem as realistic as possible.'

Activation of this power allows the user to teleport himself or other objects, usually weapons or props. Sometimes others can use Plot Holes, but with rare instances, it usually ends bad.

While this power is active, the user affects the laws of probability around them, dramatically improving their defense to all attack types except Psionic Attacks. Chance for critical fail.

Drawing upon his strange knowledge of pop culture relics, Bad Luck is able to turn a pop culture reference into an attack, whether it be an actual attack already, or a song about Frontier Psychology. Chance for Obscurity.

Calls a gang of however many other Bad Lucks are necessary. They cannot be given direct commands, nor will they appear in your pet window, or pet store. You must select an enemy target to attack first before calling these Bad Lucks, unless you're looking for a different kind of fun, then targets are negotiable. Although they will follow you, they are not as loyal to anybody but Bad Luck, and they will only stick around for however long it takes for them to lose interest or die. Can also be used to summon guinea pigs, though why anybody would want to is a mystery. 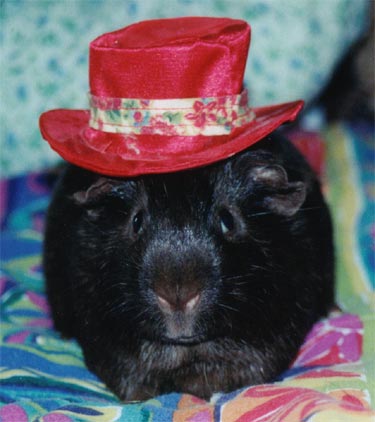 Summons a dark and powerful guinea pig. Mr. Piggins is a pet that possesses the ability to alter his size and mass. Mr. Piggins specializes in gnawing on things, fleeing in terror, being transportation, and animal law. Mr. Piggins is only able to communicate in squeaks or grunts. You may only have one Mr. Piggins under your control at any given time and one's usually enough.