The Use Might for Right Badge is in the Bayside Docks neighborhood of Peregrine Island, 33 yards northeast of Ghost Falcon, 360 yards Southwest of the Bayside Docks marker, and behind the Recluse's Victory PvP Recruiter. 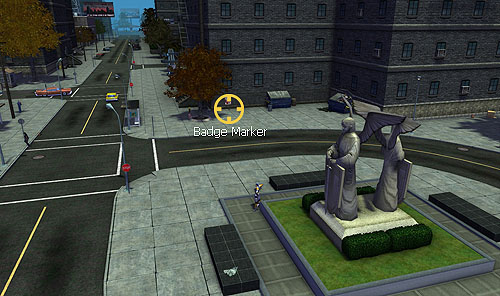 The Use Might for Right badge is awarded to characters of the hero and vigilante alignments. The same badge on villains and rogues is called Rookie's Mistake.