Syndicate Takedown is a Zone Event in Imperial City. Players can assist the Praetorian Police Department in arresting a noted Syndicate boss, accomplishing numerous objectives to assist the PPD along the way.

A major player in the Syndicate has been traced to Imperial City. Will you help the PPD capture him?

Just west of the Yin Corporation building in Imperial City, just west of Studio 55, sits the L-shaped Megalith building, at approximate coordinates of (214, -44, -1540). The event begins at the building's front door, in the corner of the L. There is only one path to this event.

Here you will find 3 to 7 Syndicate guarding the door. They will be replaced as they are defeated. Take down 10 of these guards and the event proper will begin.

The first stage is a street battle between the Syndicate and the PPD, with the player assisting the PPD. The player's task is to defeat 40 Syndicate guards before 40 PPD are defeated. There will be three PPD and five Syndicate out at any given time, with replacements coming quickly for those defeated. 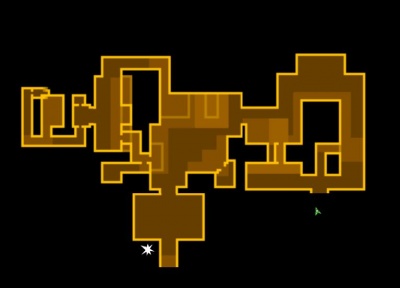 The map of the office building

Once you have defeated enough guards, the surviving participants will all rush for the front door of the building. Follow them and you will find yourself inside an office building. In this section, the objective seems to be to discover the means by which to proceed - the UI gives no true assistance. There are three bombs to set and four pairs of hostage PPD inside. There are also three named Syndicate (Jason Weston, Jenna Nakara, and Jess Calva) and numerous normal syndicate that can be ignored. Only one objective needs to be completed. Bombs, hostage rescue or all the named bosses and the minions in their spawn. If the named Syndicate are not defeated, they will show up in the next stage.

When the objective is complete, all remaining Syndicate on the floor will exit through the elevator to the roof. Follow them to find Jonathan Crick, several guards, and two more sets of PPD pairs. The Syndicate guarding the cops will not count toward the 25 guards condition, but any Syndicate near Jonathan and those arriving after will. During the event, the message "Powerful Winds Arriving" will flash on the screen. From this point on, every so often players and enemies alike will occasionally be hit with Gusting Winds.

This power will cause no damage, but does apply a runspeed debuff of 31.25%, flight supression and has a chance for knockback effect starting at mag 1 and up to mag 8 as you get closer to the edge. This will wake any sleeping enemies and be wary of getting blown off the building roof! Once the boss is defeated along with 25 guards, the survivors will retreat and you can claim your reward.

The availability of the rewards is proportional to your level of participation. As there is only one side to take, there are no side-specific awards.

Choosing this reward you will receive a random Single Origin Enhancement usable by your origin.

Choosing this reward you will receive two Reward Merits.

Choosing this reward you will receive a katana attack as a temporary power you can use.

Choosing this reward you will receive a single random piece of Invention salvage.

Choosing this reward you will receive a single random (common) Invention enhancement recipe.

Choosing this reward you will receive an additional amount of bonus Information.

Choosing this reward you will receive two random Medium or Large Inspirations.