Robotics is a standard power set that is a primary set for Masterminds.

"Robotics allows you to construct an army of mechanical henchmen and repair and upgrade them in order to keep your army in tip-top shape. Robot Henchmen generally have good resistances to Lethal, Cold and Psionic damage, as well as Sleep, Fear and Disorient. They are vulnerable to EMP attacks. Robot Henchmen cannot be resurrected. "

The Robotics power set is available as a primary set for Masterminds. The following table shows the level at which each power is available:

Builds one massive Assault Bot. Simply put, the Assault Bot is a killing machine. There is nothing subtle about its weaponry. You may only have 1 Assault Bot under your control at any given time. If you attempt to summon another Assault Bot, the power will fail. 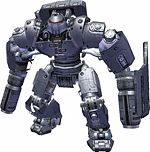 Construct one to three Battle Drones (depending on your level) to do your bidding. Drones start out with only basic weaponry, but can be upgraded with heavier energy weapons. Drones can Super Leap. You may only have 3 Drones under your control at any given time. If you attempt to construct more Drones, you can only replace the ones you have lost in battle. If you already have three, the power will fail. 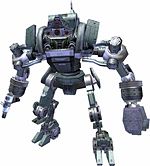 Launches an Energy Grenade at long range from your Pulse Rifle. The energy from this explosion can Disorient some targets in the affected area.

You can summon one to two powerful Protector Bots (depending on your level). Protector Bots can defend your army by placing Force Fields on you and your allies. They can even be equipped to repair your other Robot Henchmen. Make no mistake though, the best defense is a good offense, and Protector Bots are well equipped with energy weapons. You may only have 2 Protector Bots under your control at any given time. If you attempt to summon more Protector Bots, you can only replace the ones you have lost in battle. If you already have two, the power will fail. 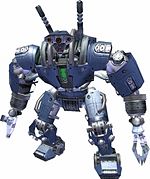 This high powered laser pulse from your Pulse Rifle takes more energy to fire, but causes much more damage than a standard pulse and has a very good chance to send your foes flying.

You can release a small swarm of nanites that can Repair one Robot Henchman to full health and restores some of its Endurance. This power only works on your Robot Henchmen.