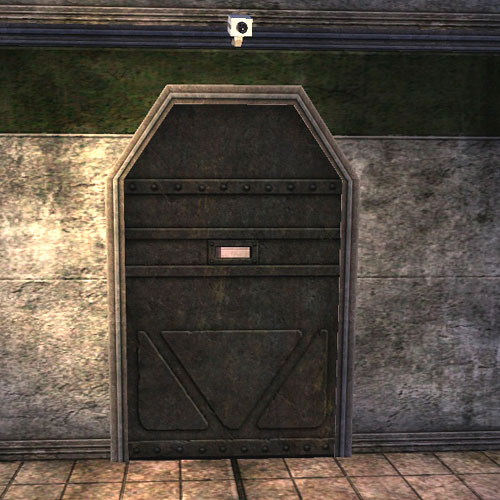 Some Council bases contain prison cell and heroes that attempt to rez at the hospital will find themselves trapped in a cell. The only option is to break out and continue the mission from there. There can be as many as 15 cells in this area and each door awards XP, Influence, Prestige and some even drop inspirations. While it is a bit time consuming if a team locates the prison and defeats all of these doors they can greatly increase their overall rewards on the mission. Anyone that needs to rez, after the doors are gone, will still materialize inside a cell but can then just walk back out and rejoin the team.

Similar doors can also be found in Mayhem missions in the jail and if a villain needs to rez they find themselves inside and have to break out to continue. There will be a group of PPD outside when the player emerges and the size of that security detail is based on the number of players involved in the mission. That means a single villain could bust out and run into a group of Police meant to be handled by as many as eight.

These same doors are also located in some COH Police Scanner Missions and COV Newspaper missions involving either defending or attacking the local Police Station. In each case, COH or COV, the doors work just like those described in the Council base awarding XP, Influence/Infamy and even inspirations once defeated. While it seems a bit odd that a hero would destroy the door of a jail cell this does add XP and Influence to your character.

This reinforced door is made of heavy-duty material with a complex locking mechanism. It'll be tough to destroy!