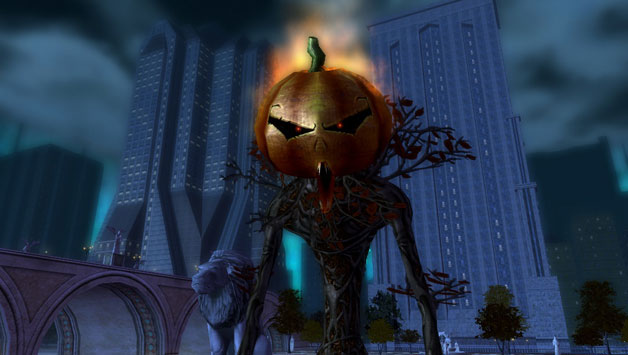 PARAGON CITY, Rhode Island, October 18 – A press conference was called today by Azuria, representative of the Modern Arcane Guild of Investigation (MAGI), warning of imminent threats during this autumnal season. Azuria was joined by a woman called only Annah, a self-proclaimed member of the Ravenwing cabal. The women explained that they had interpreted recent mystical omens to suggest a storm was brewing. When asked for more details by the press corps., the women were customarily vague. “It’s hard to pinpoint exactly what a sign or portent might mean,” Azuria explained, “but we both concur that a threat is coming, and that it will be magical in origin.”

Annah of Ravenwing said, “Reading a chicken’s liver isn’t an exact science, you know.” Azuria quickly jumped in to say, “That was just an example. There are lots of dire warnings. Manticore missing a bulls-eye at a fundraiser. Ghost Widow appearing in Pocket D. A rain of feathers from an otherwise birdless sky.” She went on to explain they expected the supernatural denizens of Salamanca to be extremely active during this period.

Annah elaborated, “This threat will manifest during the weeks leading up to, and including All Hallows’s Eve, or Halloween if you prefer. The vengeful spirits and baneful demons of Croatoa will likely range throughout the entirety of Paragon City, and perhaps beyond.”

Croatoa is an alternative, ancient and mythical name for the township of Salamanca, once a popular tourist resort to the north of Paragon City. For several years it has been a hotspot of fearsome supernatural activity, with monstrous Red Caps, Fir Bolgs, Tuatha de Dannan, and other creatures fighting for territory like street gangs.

These monsters are opposed by a group of self-proclaimed witches – women gifted with magical abilities – known as the Cabal. Although the Cabal’s presence has only been known for a few years in Paragon City, several heroes who have dealt with them report that many of the witches are far older than they appear. The Cabal primarily wars with the Red Caps and other creatures, but has been known to be intolerant of anyone who gets in their way.

The Ravenwing Cabal is a proactive, highly-trained division of the Cabal in Salamanca. They work hard to train local agents (such as the heroes of Paragon City) to combat mystical threats. As Annah stated, “We learn to taste the wind and read hidden meanings in storms and the flight of birds. Something is stirring the forces of the Unseelie Court, and their fiendish minions will threaten Paragon this All Hallow’s Eve. The Ravenwing Cabal is searching for the eye of this chaotic storm, but in the meantime, we ask all heroes of Paragon to aid us in holding back the terrors of the night.”

Last Halloween, Arachnos’s large-scale prison break at the Ziggurat Penitentiary, and Statesman’s subsequent strike upon the Rogue Isles with Longbow’s assistance, may have generated so much ambient energy that the mystical barriers were strengthened, or at least were seen as a deterrent to magical monsters.

Two years ago, Paragon Times reporter Jackson Turner did an investigative documentary on a villainous triumvirate attempting to control an arcane artifact, the Malleus Mundi, also known as The Hammer of the World.

See A2, Hammer of the World

HAMMER OF THE WORLD

Jackson Turner reported on the Circle of Thorns, Tsoo, and the Banished Pantheon’s attempts to control the Malleus Mundi two years ago. Since that time, the tome is rumored to have appeared in the Rogue Isles.

Several heroes were interviewed about the mystical grimoire. Dr. Zeus, God of Knowing, said, “The Malleus Mundi is an item. It means, ‘hammer of the world.’ Some argue that it can be a weapon. Some say it is a book, similar to the ‘Malleus Malificarum’ compiled to rid the world of evil and witches. I personally think it's a bit of each … it will take the form of whatever it needs to be at the time.

“It has the ability to shatter the boundaries between realities. Two Halloweens ago, it was used to bring spirits into the real world… then again a few months later to allow the winter lords to enter our world.”

Tal-N said, “The Malleus, as you probably know, is a Hammer. Not necessarily a physical hammer but its purpose and function are the same. In lore, it’s a mystical item intended to break down mystical barriers through brute force. [Two years ago] Halloween was a ‘test.’

“Rumors abound as to who did it. [Some suggest] the Banished Pantheon used the 'Hammer' to try to bring their gods back into our world by breaking down the dimensional barrier between the spirit world and the 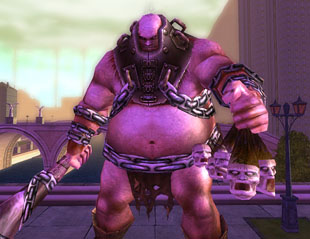 real world. However, there are other groups who have need for a mystical barrier smasher.

Jolly-Roger said, “I guess after the Banished Pantheon screwed up their summoning a few years ago, they managed to lose the book.” He went on to suggest that Lord Recluse’s agent, Scirocco, was keenly interested in it. If one of Lord Recluse’s top villains got his hands on such a powerful device, who knows what chaos Arachnos might wreak.

However, Major Atlas said that Scirocco’s interests, while selfish, might be seen as a quest for personal redemption rather than high villainy. Whether or not one could re-write existence for the greater good, or whether such an act would only cause unforeseen calamity, is a question this reporter hopes will remain academic. 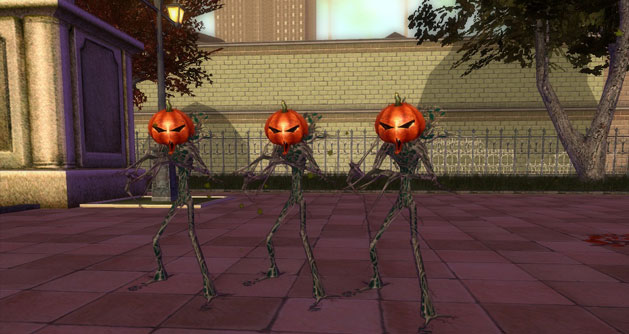