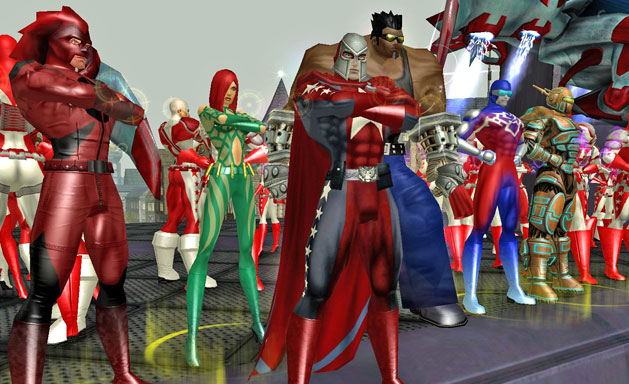 PARAGON CITY, RI, Oct. 27, 2005 – The horizon off the coast of Paragon City was lit up last night with ominous flashes and distant peals of thunder. Early this morning Manticore issued a short statement for the Freedom Phalanx, stating that these side-effects were the result of a massive conflict in the Rogue Isles.

Initial reports are still sketchy, but the conflict appears to have begun at about 9:00 PM, EST, and lasted for several hours. The final explosions faded by about midnight.

The hospital in Siren’s Call was specially requisitioned by the Freedom Corps Longbow division. Insiders report that the hospital was operating at full capacity all evening, as staff worked hard to keep Longbow casualties to a minimum. Siren’s Call Councilman John Chard issued a statement praising his skilled surgeons, nurses, and paramedics. “Siren’s Call was honored to be used as the staging point for Statesman’s Strike, and our team did a tremendous effort to keep up with the heroes’ progress. No matter what anyone says, our men and women couldn’t have done a better job.”

At noon, Statesman met reporters for a brief press conference. He explained that last night’s assault was

a Freedom Phalanx initiative, supported by Longbow agents. Statesman said that the criminal element in the Rogue Isles was growing unchecked, and a strong show of force was needed to crack down on this spreading villainy.

A reporter from the Paragon Tattler asked if the assault should be considered a failure.

Statesman said, “Absolutely not. It is true that Lord Recluse’s defenses were far more entrenched than we had believed; the shores teemed with brutish minions and the skies swarmed with sinister forms. But the combined force of the Freedom Phalanx and Longbow rocked the Rogue Isles with our might. The Strike can be seen as a success in that we carried the battle to the very doorstep of darkness. We have shown them that the heroic men and women of Paragon City will not sit idly by and wait for the vile assassins of Arachnos to attack first.

“We are preparing a course of action to follow this initial wave. When our battle plans are complete we will sound a call to action for all the heroes of Paragon City. The brave heroes of our fair city stood shoulder-to-shoulder in the days during and after the Rikti War, and this new menace will be no less dire. I know they will rise to the challenge and fight with us when we need them again.”