By Jackson Turner and Skipper LeGrange
Special to the Times

SALAMANCA VILLAGE, July 13, 2005 — Lurking behind Thoreau’s bucolic meditations on Walden Pond or Emerson’s transcendentalist embrace of the wilderness, you have the darker, puritanical specter of Nathaniel Hawthorne, Washington Irving and H.P. Lovecraft stalking the haunted forests and vales of New England. These are the authors who come readily to mind when pondering the mystery surrounding the quaint upstate village of Salamanca. This is where, according to noted folklorist and ghost hunter, Skipper LeGrange, “the eldritch creatures of myth and folklore walk the earth once more.”

Surrounded by ancient forests, pastoral farmlands and mist-shrouded mountains, Salamanca’s idyllic location once boasted of a tourist trade and academic excellence second to none in the state. According to Mayor Gordon Bower, “Going back some 100 years, Salamanca and its deep glacial lake were the resort of choice for Paragon City’s elite families. They came here every year to escape the city’s stifling summers. They sent their sons and daughters to attend the university. We even have rumors of our very own lake monster—“Sally”—that the students adopted as their unofficial mascot. I only wish that was the current extent of our monsters. With the rail line closed these past three years since the Rikti War, our isolation has been all but complete. Many of the residents have moved on, businesses have closed, and we had to limit activities at the university. Now we have…this problem.”

“This problem,” as Mayor Bower calls it, began to manifest itself back around the late fall of 2004. “Around Halloween,” the mayor says with a knowing nod. Indeed, what seems to be happening in and around Salamanca could best be described as “Halloween run amok.”

Skipper LeGrange has an even more troubling view of the situation. “Back during the whole Malleus Mundi event, not all of the damage was contained. Barriers were left weakened. Inter-dimensional doors left ajar—so to speak. The Banished Pantheon, in their clumsy attempt to awaken certain forces, allowed others to benefit from their efforts.”

So, what’s the current status of Salamanca? Mayor Bower likens the situation to a medieval siege. “For some reason, these creatures from… myth…from fairy stories…have invaded our woods and mountains. Little folk. Witches. Willow-o’ the-wisps. Pumpkin-headed monsters. Cold thick fog. I don’t know what else. I do know that they are surrounding the village but seem content on making only probing attacks for now. But there are signs that things are intensifying. Villagers 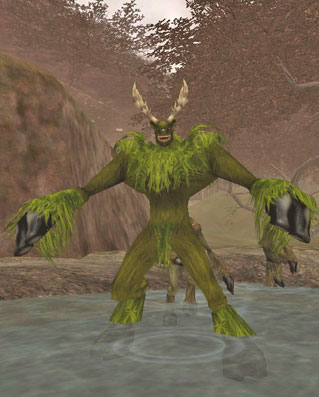 are beginning to disappear and then showing up as, for want of a better word, ghosts.”

In collaboration with Professor of Esoteric Anthropology, Dr. Nathaniel Bierce, Skipper LeGrange has made several forays into the region and accumulated first-hand and eyewitness accounts of these terrifying creatures. “Truly amazing! From a professional perspective this has been an incredible experience. I’ve definitely encountered those malicious, grinning brownies known to folklore as Red Caps,” LeGrange says. “Mostly in the northeastern mountainous region called the Broken Teeth, but pretty much everywhere else as well. There seems to be some kind of organized principle behind their activities. Instigators, perhaps? In the northern area known as the Grim Vale, the Red Caps seem to be at war with a group of witches who call themselves the Cabal. The Cabal tend to congregate near the ruins of an old colonial settlement in the northwestern region called Sunset Ridge, and among them there is frequent reference to the term “Croatoa,” which dates back hundreds of years to a missing Roanoke colony. To the west of the village are deserted farmlands, called New Connaught by the Fir Bolg who occupy them. Most disturbing, though, is the presence to the east of the grotesque Tuatha de Dannan—the Fir Bolg’s greatest enemy—inhabiting the dense forest and mazelike trails of the Misty Wood. Interestingly, I happened upon a very sharp skirmish between what I assume was a MAGI SpecOps team and some Tuatha de Dannan huntsmen. So we know that the FBSA is already in the region. Unfortunately, for all concerned, Salamanca has become part of an epic battleground that we can’t afford to retreat from.”

see Darkness on page 7A

It’s evident that these otherworldly beings have their origins in Celtic mythology. But why are they here? Skipper LeGrange was mystified at first by this odd circumstance. In consultation with Dr. Bierce, LeGrange has come up with a theory. “A legend, actually, that pre-dates Christianity. In a great war fought between the Fir Bolg and the Tuatha de Dannon, the Fir Bolg enlisted the help of the Red Caps. The Red Caps safely transported the Fir Bolg out of harm and into a new, magical land—but that help came with a steep price; a complete physical transformation that the prankster Red Caps found humorous and the Fir Bolg hideous. In time, other creatures and beings were transported (or, perhaps, kidnapped) to this new realm—including Virginia’s lost Roanoke Colony, who now call themselves the Cabal. That single word left behind in the deserted colony? Croatoa? From what we’ve gathered, that’s the name of this magical land.” 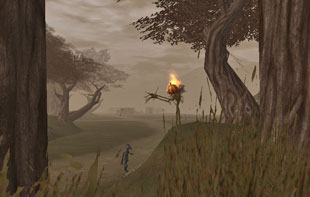 According to LeGrange and Dr. Bierce, Croatoa has suddenly manifested itself around Salamanca. “If our findings are correct,” says Dr. Bierce, “the events of last Halloween opened up the doorway between this world and Croatoa—a link that was never fully severed. It is my belief that the world of Croatoa is slowly subsuming the region around Salamanca. Croatoa is a realm rife with conflict—and the addition of the Tuatha de Dannon can only intensify matters. In my view, all of this is being orchestrated by the Red Caps for their own perverse enjoyment and, perhaps, even more sinister motives. Now that Croatoa is forcing itself upon our world, the threat of widespread chaos is imminent.” 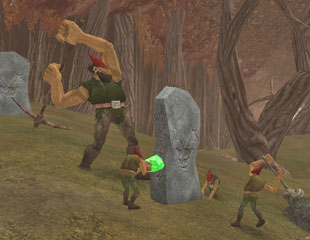 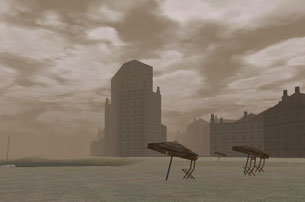 All are agreed that it will take heroes of uncommon courage and skill to fend off this fall of preternatural darkness. “These are no ordinary myths come to life,” reminds Skipper LeGrange. “These are not the old fairy tales told to frighten children. They’ve been corrupted, enraged, and transformed almost beyond recognition. They have awesome powers both elemental and magical—they are ghosts and strange fog, hideous huntsmen and evil brownies, pumpkin-headed monstrosities and anguished sorceresses. There are even rumors that a giant roams the land, carrying the heads of his victims on his chest. I haven’t seen him personally, but I know that all my nightmares have just come true. And they are here. Now.” 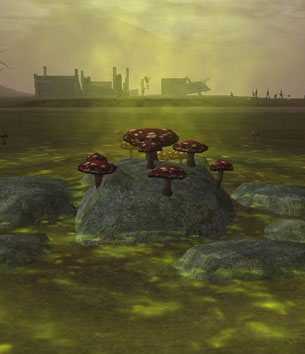 Mayor Bower is hopeful that with the re-opening of the rail system to Salamanca his call for heroes will be heeded. “This is a beautiful area. A timeless place whose woods were famous for their fall foliage—not evil fairies and witches. Salamanca has to be saved.”

Skipper LeGrange adds, “If Croatoa is allowed to fully transform the area, the repercussions would be beyond imagining. It could signal the step-by-step dismantling of what we call our reality. Croatoa could very well end up being our prison.”

More exclusive photos on page 8A

Exclusive Pictures from the Region!