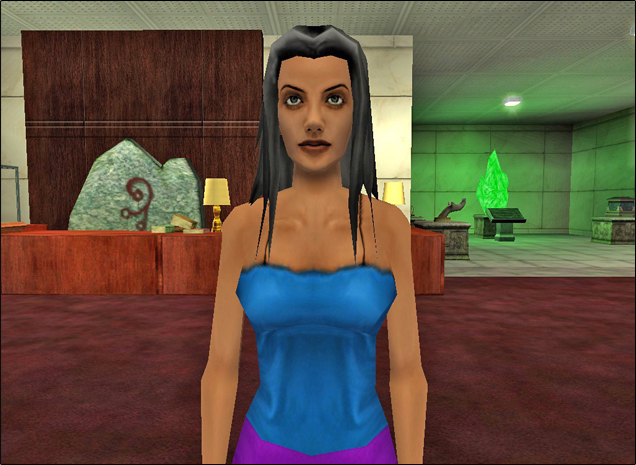 The Paragon Times received unprecedented access to recently declassified files, official records, and extensive candid interviews for this series. The men and women featured are more than mere contacts for heroes; these dedicated citizens are an integral part of Paragon City’s first line of defense. The Paragon Times is honored to tell their stories.

ATLAS PARK, CITY HALL, June 15 — Many experts in the fields of Esoteric Anthropology, Crypto-History, and Paranormal Research (not to mention most mystics, seers, and occultists) have long held a frightening belief—as discerned from cryptic passages in ancient tomes and manuscripts, and from direct investigation: There is an epic occult struggle being waged for the survival of our very existence as spiritual beings and as a species. A conflict that has been ongoing for thousands of years.

In Paragon City, investigating, researching, and neutralizing this threat are the primary responsibilities of the Federal Bureau of Super-powered Affairs’ (FBSA) Modern Arcane Guild of Investigation (MAGI). Among the dedicated paranormal warriors of MAGI, there is an extraordinary woman noted for both her uncommon abilities and the controversy surrounding

her position as a Federal Liaison to the magically powered heroes of the city. Her name is Azuria, and she graciously allowed the Paragon Times a brief peek at her duties, her unique life, and the vital role of MAGI in defending us from this ancient conflict.

Though the experts within MAGI often disagree on the exact nature of this struggle, they are unequivocal about the threat. According to Professor of Esoteric Anthropology and MAGI consultant, Dr. Nathaniel Bierce, “It’s an ancient conflict between primordial gods, or to be more precise a series of wars that have their beginnings in a time before the dawn of recorded history. In many respects it is a secret, invisible war, but one that has shaped and influenced much of earth’s history—and still does.”

see AZURIA on page 7A

Professor of Folklore, Josef Keller: “Literature abounds with references—from Homer to Lovecraft to Stephen King. It is a war fought in the darkness of dreams. In nightmares and conjured visions. In the strange and forgotten corners of the earth. On the streets of our most modern cities.”

According to another MAGI consultant and expert on ancient magical texts, historian Laura Brunetti, the historical record shows that these conflicts have undergone many cycles; hot and cold. As she puts it, “The dimensional barriers that normally protect us from these combatants can become weakened for a time and suddenly this war makes a tangible appearance on our plane of existence—usually to our great detriment—and then we have a crisis like the Malleus Mundi event of last Halloween. The struggle is ongoing nevertheless. We must remain vigilant.”

Azuria, whose primary magical talent is divination (“The new civil service grade system classifies it as a SGS-40 Non-temporal Communications Specialist,” she says with a laugh) knows too well the price of faulty vigilance. While the vast majority of the populace remains ignorant of the conflict, one major lapse in MAGI’s attention could spell disaster for millions. “We all take our responsibilities seriously,” she emphasizes in response to the accusations of incompetence that have surfaced in light of several unfortunate incidents involving the theft of magical artifacts from MAGI’s vault. “We are under immense pressure—psychic and physical pressure—from our enemies. Every person who has some contact with the spirit realm is subject to unrelenting forces. But it’s not just the spiritual assaults—add on the Kheldians and Rikti and any other group with powers that can be used against us. My own personal defenses are assaulted 24/7. There is no one perfect shield against this onslaught. We prevail more times than not, but once in a while they get through. That’s one of the reasons why I take great care in instructing and guiding our new magic-based heroes.”

Though Azuria is still quite young and somewhat frail in appearance—MAGI lists her birthday as October 12, 1980—there is a force in her eyes that seems far older and wiser. She is quick to laugh and quite personable, but there remains a part of her that is guarded and perhaps even a bit weary.

“It’s the life,” she says with a sigh. “I come from a family of gifted people. We’ve been involved with this conflict as far back as any member of my family remembers—my great-grandfather worked with the Dream Doctor and the Midnight Squad—and even beyond that. We’ve also been persecuted by the enemy for as long.”

When consulting the experts about the nature of this “enemy,” this reporter encountered a variety of answers concerning rogue gods and demonic spirits.

Azuria has a definite view on the matter. “It’s not a simple or even complete story. Much of it has been pieced together from crumbling manuscripts written in archaic or magical languages—and MAGI discovers more every day. There are also clues in world mythology and history. If you know how to look, there’s evidence scattered everywhere. Of course the most definitive, if I may use that word, evidence comes through people like me—the heroes, seers, magicians, visionaries, and prophets—who have actually been involved in the conflict. 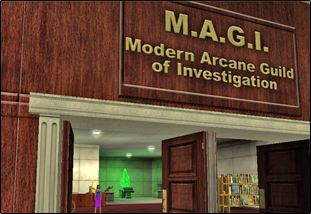 “Much of what we know remains obscure, to be sure, and highly secret—those who oppose us would very much like to know the extent of our knowledge—but the short version is that we are facing nature spirits who, in the earliest periods of human existence, evolved beyond control of the elements and became gods who needed worship and devotion from mortals. These gods formed pantheons that aligned themselves with the first human tribes in northern Africa and the eastern Mediterranean. “Conflict ensued between the pantheons. One in particular, led by the god Lughebu, discovered something better than being the recipients of mere worship. Instead, they fed on human emotions—namely those of pain, fear, and suffering. A great civil war between the gods erupted. Led by the goddess Teilekku, the benevolent pantheons managed to strip the souls of Lughebu’s pantheon from their bodies and banished them to the spirit realm. We know them today as the Banished Pantheon.

Among the other pantheons, the discovery, use, and teaching of magic by Teilekku became a decisive issue. One student, the god Ermeeth, sought to impart these secrets to humans, who as magically empowered beings would no longer have a need for gods. A situation the other gods, naturally, deemed intolerable. Another conflict erupted, this time between Teilekku and Ermeeth. Teilekku’s faction, led by her most promising pupil Hequat, managed to defeat Ermeeth in a titanic battle. With his surviving followers, Ermeeth fled towards the sea, eventually forming the great city of Oranbega along North America’s east coast. After the discovery of this city, Hequat created the mighty nation of Mu in the mid-Atlantic to counter Ermeeth’s reemerging dark power. In time another climatic battle was fought by Hequat and Ermeeth, wherein Mu was destroyed and Oranbega slowly faded into legend and myth. To this day, these pantheons and their followers—the Banished Pantheon, the Oranbegan’s Circle of Thorns, and the descendants of Hequat’s Mu—are in a deadly struggle for earthly preeminence and they will use any and all resources, even other villain groups, to achieve this end. We at MAGI are dedicated to defeating them all.”

Though the Banished Pantheon and Circle of Thorns are no strangers to the heroes of Paragon City, what of these “descendents of Mu?” Azuria smiles and looks around MAGI’s main lobby. “All around us,” she says. “Most of MAGI is staffed by them. Nearly every magical hero, seer, mystic, wizard, witch, sorcerer, medium, and channel is one. Including myself. We’re the remnants of the Great Diaspora that occurred after the Oranbegans devastated the continent of Mu. We number in the millions, and we are their greatest enemies. And though the Oranbegans and their Circle of Thorns have vowed to hunt us down…we will prevail. We are humanity’s last, best hope against these dark gods.”