GALAXY CITY - April 27 - When the Paragon City Building Commission extended an invitation to yours truly for a hands-on preview of the new soon-to-open Arena in Galaxy City, it was a no-brainer. The whole town had been buzzing about the venue for some time—myself included. I’ve been covering New England sports for the past 23 years, everything from Pro Putt-Putt Golf to AAA B-ball to heavyweight championship boxing, but this idea of heroes tangling with other heroes? Well, to say the least, it had really piqued my professional curiosity. Besides, with the decline of professional sports in post-Rikti Invasion Paragon City (those Rikti rats just had to go out of their way and blow up our beloved Atlas Memorial Stadium!), the notion of hosting competitive hero matches seemed to me like a much needed shot in the arm for the city’s depressed economy—not to mention an exciting diversion for an otherwise harried populace.

More to the point though, my email was starting to get clogged with questions: How’s it going to work? What do the heroes think of it? How much is it going to cost? And, of course, the biggie: How do I get in on the action? 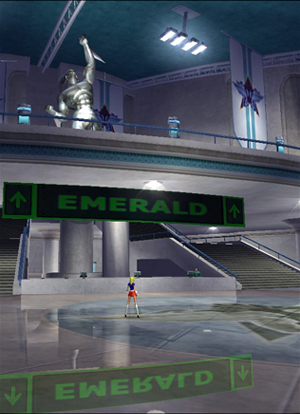 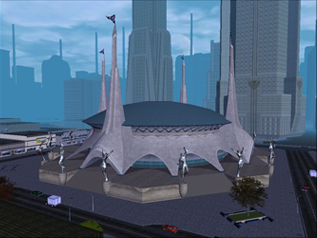 The Arena in Galaxy City—like its counterparts in Talos and Peregrine Islands, which through the marvel of still classified technology are all tied together—stands as an impressive melding of stylized heroic memorial, neo-classical cathedral, and Roman Colosseum. With its sweeping, flag-bearing towers, broad mod-gothic buttresses, and surrounding heroic statuary, it not only looks like an appropriate site for modern gladiatorial contests, it actually feels like a sacred arena where near-mythic heroes can gird their loins, tug on their armor, and go head to head with that most unpredictable and challenging of foes—other heroes.

I joined Victoria Liebling, the Commission’s Director of Press Relations, in front of the Arena’s main doors. Before we entered the building, Ms. Liebling touched a smooth wall and told me, “Few know this, but the Arenas were actually based on designs created by Rudolph Seifert back in 1950, as part of Paragon City’s unsuccessful bid to host the 1956 Summer Olympics.”

Of course, those Olympics went to Melbourne. And Seifert never lived to see his wonderful designs break ground 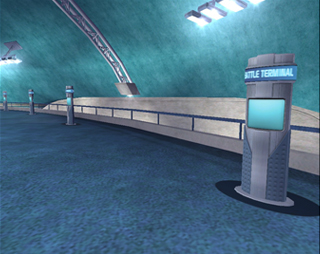 Once through the double-wide doors, we found ourselves in a spacious marble-rich lobby that encircled the main floor. Walls curved gently to form a softly lit dome above us. Broad stairs lead up to what Ms. Liebling called the “Heart of the Arena”—the Battle Terminals. These computerized kiosks were the matchmakers for all the events.

Continued on page 9B

continued from page 1B

A click on the terminal screen, and we were ready to start looking for the perfect match-up to join, create or observe.

When I quipped that it looked a bit complicated for the likes of me, she shook her head. “Not really,” she said. “It’s actually laid out in a pretty self-explanatory way.” She pointed to the first column heading: Event Type.

According to Ms. Liebling, “Events are broken down into various game types:

Duel: A one-on-one, hero vs. hero battle. These duels don’t affect participants’ PVP Ratings.
Team Duel: Multiple heroes battle an opposing team of equal size.
Battle Royal: Multiple heroes go head to head, and it’s every man for himself.
Team Battle Royal: Multiple teams of heroes vie for supremacy.
Pentad Challenge: A team event, wherein each team includes exactly one Blaster, Controller, Defender, Scrapper, and Tanker.
Super Group Rumble: A large scale event in which the entire roster of one Super Group goes up against the entire roster of another, for a maximum of 75 versus 75.

Ms. Liebling went on. “There are also various Tournaments that are constantly running. Each one has an entry fee of Influence.” She touched the Fee column. “But winners receive prizes based on the total amount of entry fees collected.”

“Anyone can host a match-up?” I asked, pointing to the Creator column.

“Indeed,” Ms. Liebling said. “In fact, the Creator of the event is the one who sets up the type, weight class limits, and ground rules.” These ground rules include:

Tactical Start: All players begin the match with 0 Endurance and no powers active.
Max Recovery: All players get a huge Endurance Recovery buff, making Endurance nearly infinite. Events using this ground rule won’t affect PVP Rating.
Limit Stealth Powers: Stealth powers no longer make heroes untargetable, but keep them difficult to see.
No Pool Powers: Power Pool powers are disabled.
No Travel Powers: Jump height and run speed are limited, and Fly and Teleport powers don’t work. However, heroes do get the other benefits of those powers, such as the Defense benefit of Hover.
No Observers: Other players are unable to observe your match.

I told her that some of these rules seemed to act a bit like handicaps. Ms. Liebling agreed. “It helps heroes set up more balanced matches. Some powers will work differently than in a real-life combat situation. Based on the ground rules, some powers may not work at all. It’s up to the heroes to choose the ground rules that best suit their group of combatants.”

As an old fan of the “Sweet Science,” it was the Weight Class column that really caught my eye. Ms. Liebling acknowledged that the system was indeed taken from boxing. 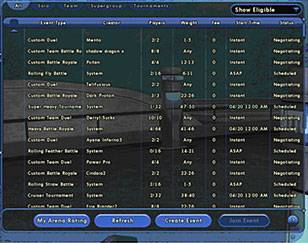 “There are nine weight classes that correspond to all currently available Security Levels. A hero can play in any event that is within his own weight class or lower. If a hero plays in a weight class lower than his current one, he will ‘Exemplar’ down to the highest level of the lower weight class (losing access to some powers and reducing the effectiveness of Enhancements).

Heroes are expected to enjoy vying for the highest PVP Rating. This rating lets heroes estimate the skill of potential opponents at a glance.

I told Ms. Liebling that something similar was used in chess (lately, I’ve covered more than my share of chess tournaments).

It all seemed like an elegant system for any would-be super gladiator. For those heroes looking to jump into a super-powered fray, you really couldn’t ask for a quicker, more hassle-free system. Now that I had experienced some of what the Arena offered, I was looking forward to covering future matches.

So what does the “Doc” think? Things are looking up for sporting fans, and for heroes who want to test out their skills against the best Paragon City has to offer. I’ll be sure to have a ringside seat when the Arenas open soon!