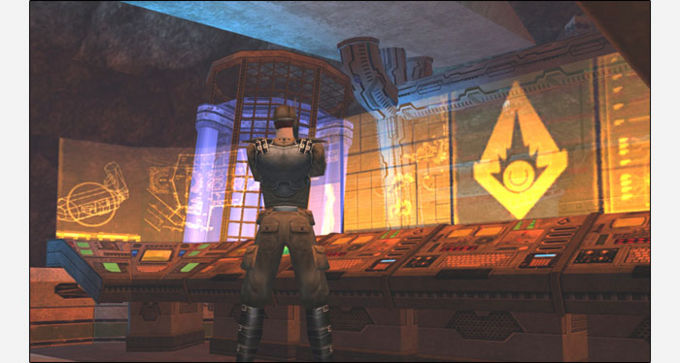 New Villain Group in Our Midst?

PARAGON CITY, Rhode Island, November 3 -- "They’re running scared." That’s the observation of Manticore in his on-going investigation into the recent upsurge of 5th Column activity. As reported earlier, the 5th Column seems to be in the midst of some kind of emergency transition. "An upheaval would be more like it," said Manticore. "They’re acting confused and frightened—-far from normal activities for this bunch. At first I thought it had to do with the Malleus Mundi event. While participation in that did weaken their organization, this current activity points to something more. I can’t go into too much detail about what I’ve found out so far, but the information I do have is disturbing to say the least."

Reports from other heroes corroborate this assessment. NightBird, Leader of Team Corvus, met up with a group of 5th Column in Talos Island who were almost relieved to surrender. "They put up a token fight and then just gave up," NightBird said. "In our interrogation of their Unteroffizier, he kept referring to traitors and aliens in their midst—and ominously, to a new group called the Council."

In a separate investigation of the new Kheldian presence and their involvement in recent city events, the Paragon Times has come across more than one

reference to this shadowy organization known as the Council. Additionally, Manticore’s photo that the Times published in their October 13 article allegedly shows a Council member addressing a group of 5th Column soldiers. How the two are related, if at all, is a question that has taken on greater significance in light of the current situation.

When asked if the Kheldians could be involved, both NightBird and Manticore agreed. "It’s highly likely that the Nictus faction is playing a major role in the 5th Column’s woes," said NightBird.

"Whether they’re the main instigators of this internal struggle or merely taking advantage of the turmoil remains to be seen." said Manticore. "Are the Nictus behind this new group, this Council? That’s a very interesting and frightening possibility."

An internal war? Hostile takeover? The exact nature of the 5th Column’s sudden decline remains unclear. Strong evidence suggests that an old enemy is about to take on a new face, one that could pose an even greater danger to Paragon City. "The FBSA is very interested in this Council," said Statesman in a phone interview. "The consequences of not being informed about this emerging threat are too horrible to consider."

The FBSA has sent out an emergency advisory to all Super Groups to report any suspicious activities involving the 5th Column and any information concerning the Council. The Paragon Times will continue to report on this developing story.