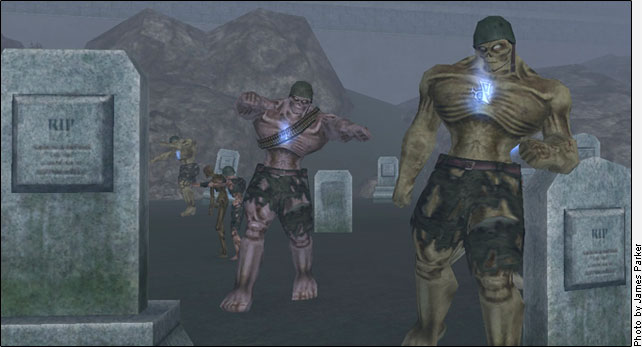 Noted professor predicts dire event for the city this Halloween

PARAGON CITY, Rhode Island, October 25 -- Imagine Paragon City as one vast Dark Astoria. Imagine the devastation of that demon-haunted landscape spreading across the United States. Spreading across the world. It's a nightmare worthy of a Stephen King or H. P. Lovecraft novel--only according to Dr. Nathaniel A. Bierce, renowned author and Professor of Esoteric Anthropology at Winthrop University, it's no fictional horror story. Dr. Bierce is considered the world's leading authority on secret societies and the history of ancient mystery cults, and a senior level consultant to both the Midnight Squad and the Modern Arcane Guild of Investigation (M.A.G.I.).

With his colleague Professor Jonathan St.John-Smythe in attendance, Dr. Bierce headed the emergency meeting of state and local authorities, where he presented his initial evidence. "During the course of researching my latest book, I have come across strong evidence that leads me to believe that Paragon City will experience a massive thaumaturgical event, one that will make last month's Rularuu appearance look like an afternoon tea social and possibly turn Paragon City into one vast Dark Astoria.

All my years of research and study into the nefarious activities of the Circle of Thorns, The Tsoo, and the Banished Pantheon have led me to this singular event--and it will occur, to the best of my knowledge, during Halloween weekend of this year."

Though held behind closed doors, news of the emergency meeting's discussion spread quickly. At the hastily convened press conference held after the meeting, Dr. Bierce became unusually evasive: "Until I can gather more evidence and discuss these findings further, I cannot go into greater detail," Dr. Bierce told the Times. "However, I can urge the citizens and heroes of this great city to be prepared for an event that can have devastating consequences not only for the city but for the entire planet. The Rularuu 'invasion' was but a herald of a far greater threat. A threat we must destroy at all costs."

When asked if he supported the professor's findings, Statesman nodded grimly. "Dr. Bierce's evidence is compelling and well supported. I see no reason to doubt his warning. I urge all the citizens of Paragon City to be ever vigilant."