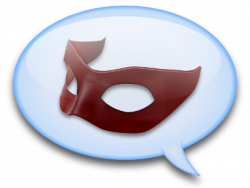 Welcome to the Paragon Chat 1.1 series! We're calling this the "all your base" update for hopefully obvious reasons -- the much awaited introduction of base editing to Paragon Chat.

If you're already running Paragon Chat, you don't need to do anything special; just let the auto-updater do its thing. If you're new to the program, you can use the link below to download the installer. 1.1 continues the 1.0 series tradition of being completely self-contained and not reliant on any kind of registry keys or other machine-specific 'magic'. If you don't like where Paragon Chat is installed, you can simply move the whole thing somewhere else and it will just work.

There are some big new features in this update that need some extra documentation that doesn't quite fit into the usual patch notes.

The first step here is to unlearn some assumptions. When people think 'bases' in COH, they inevitably think of 'Supergroup Bases', as bases always belonged to a Supergroup. Paragon Chat doesn't have Supergroups, so bases here are not associated with SGs at all.

Instead, Paragon Chat has personal bases and account-wide bases. A personal base belongs to a single character. It is accessible from the portal only for that character, and if you delete the character, the base goes with it. Think of it like the "personal apartment" feature that people often asked the rednames for. An account-wide base is shared between all of the characters on an account. Unlike the live game, you can have as many bases as you want!

Both types of bases are stored in the Paragon Chat local database file and not on the XMPP server. If you use Paragon Chat on multiple computers, you'll have to copy or otherwise keep the database synchronized to access your bases, much as you already have to do for your characters. Because so much work goes into creating bases, backups are important, but more on that later.

To get started, you first have to create a base. The Supergroup Registrar has been co-opted for this function, and instead of allowing you to form a Supergroup, is used to create and manage bases.

You can find SG registrars in City Hall in Atlas Park, the Freedom Corps building in Galaxy City, and in Marconeville in Port Oakes.

When you create a base, you'll be asked a series of questions. The first is the base type - personal or account-wide, as discussed earlier. You'll also select the base level. As of this release, the only available level is "Issue 24", which aims to reproduce the live game's base-building experience as closely as possible, with the exception of prestige farming. Building bases in Paragon Chat will always be a free and unlimited creative exercise.

What fun would creating a base be if you always had to be alone in it? Paragon Chat supports visiting bases of your friends and using them as places to hang out together. There are a few requirements to enter someone else's base:

The base must be enabled for teammate access. This is on by default, but you can turn it off using the access control settings available at the SG Registrar. Look under the 'Modify a base' option.


You must be on a team together.


At least one player on the team must be inside the base. Usually this will be the player who created the base, but doesn't necessarily have to be.

It's important to note that these requirements only apply for entering a base. Once you're in, you're in. You can drop team, the player whose base it is can log out, and you can stay there. You can even invite someone else and they'll be able to join you on the base you're visiting.

If you've built a cool base and want to give a friend a copy they can edit, or contribute it to the community to use as a starting point for their own bases, Paragon Chat supports a convenient file format for this purpose. While you're inside your base, use this slash command:

That will create a "filename.pcbase" file inside the Bases subfolder of your Paragon Chat install. You can give this file to a friend offline, and they can import it and load it as their own. The SG Registrar performs base imports.

This kind of base sharing is even easier if you're both online. Your friend can visit your base, use /basesave to save it to a file, then go to the registrar and import an editable copy.

If you're a builder working on a big project and worried about visitors saving it and claiming it as their own, or just generally a private person, the SG Registrar also allows you to disable sharing of a particular base. This is under the access control menu, and turning this off will prevent someone who is visiting your base from saving it to a file. Note that it will also disable the functionality for someone else to record demos while in your base.

Before the game shut down, one bit of information we tried to get around as much as possible was advising people to demorecord their SG bases. Paragon Chat can import these demos to recover a base that was lost in the shutdown, so long as you have a demo that was recorded inside it.

To use this feature, copy the .cohdemo with the base to [ParagonChat]\Client\Demos, then talk to the SG Registrar and use the base import option.

Differences from the live game

Due to the nature of Paragon Chat, there are a few other differences.

Another common misconception about Paragon Chat is where data such as characters are stored. Many people assume that it's stored on the "server", but since Paragon Chat's "server" is local to your computer and the XMPP server is just used as a chat relay, this mistaken impression can sometimes lead to data loss.

To make it easier for users to safeguard the work they put into character designs and bases, Paragon Chat 1.1 introduces a built-in backup system.

The default location for backups is a 'Backups' subfolder under the Paragon Chat install. While this respects the portable nature of the application, it's not a particularly safe place to keep backups long term.

This location can be changed from the options panel - accessed by the gear icon on the Paragon Chat login window. Users are encouraged to place the backups inside a folder that is backed up to an external device, or synchronized with a cloud storage provider (Dropbox, OneDrive, etc).

What gets backed up

Occasionally, the database schema is changed from one version of Paragon Chat to the next. Normally, these database upgrades are done transparently. The backup system makes a special backup of the database before performing a schema upgrade, just in case.

The backup system comes preconfigured with settings that are appropriate for most users, but advanced users that want finer control over it can tweak the behavior. The following settings can be changed by opening Config\ParagonChat.cfg in a text editor while Paragon Chat is not running and adding new entries to the [ParagonChat] section.

These settings affect database backups only, with the exception that setting BackupFrequency to 0 will also disable automatic costume and base backups.

It's been a long time coming, but Paragon Chat has left beta and reached 1.0. Does that mean it's done? Far from it, we're just getting started!

First and foremost, a big thank you and round of applause for everyone who volunteered to help test the development series leading up to 1.0. Because of their efforts, many of the possible issues with upgrading from 0.99 have already been found and fixed.

So what's new in this version? There are two answers. One is not very much -- featurewise, there is about as much difference between 0.99 and 1.0 as you might expect from the version numbers. The other answer is that a tremendous number of things have changed behind the scenes in the inner workings of Paragon Chat. Things which will make development of new features easier and faster!

Mostly, 1.0 is all about polish and user experience. It's designed to be easier to install, easier to use, faster to load, and generally just work better overall.

Several important things have changed. The first time you run Paragon Chat a quick wizard helps you set it up, and if necessary upgrade from older versions. Thanks to feedback from testers this should be quick and painless, but if you do encounter issues, let us know and someone will try to help. There are two key things to keep in mind.

1. Paragon Chat lives in your user profile. This won't mean much to non-technical users, but the takeaway is that Paragon Chat installs to your user account, not the computer. That means it never needs to be run as an administrator and avoids User Account Control headaches on Windows Vista/7/8/10.
The main window has a button to take you to the Paragon Chat data folder. If you ever need to access its files for whatever reason, that button will take you to the right place.

2. Paragon Chat needs Issue 24 installed, but treats it as read-only and never modifies it in any way. I24 doesn't even really need to be "installed", Paragon Chat just needs to be able to read the files from it, so a simple copy of the folder will do. Anything you create while using Paragon Chat goes into the data directory mentioned in #1. Screenshots, costumes, chatlogs, all of it.
That also means that starting with 1.0, any client mods you want to use need to be installed specifically for Paragon Chat rather than in the I24 folder.

If you already have an older version of Paragon Chat, simply run it and let the auto-updater do its thing. You just need to have the update setting on anything other than "Never check".

Unlike previous versions, you don't need to save this file anywhere special. Just run it and it will download and install the latest version of Paragon Chat (no more ending up with old obsolete versions). You can delete the bootstrap file when it's done.