Once an 'Easter Egg' in Sharkhead Isle, now a prominent feature of Pocket D. The Monkey Fight Club features semi-random spawns (one NPC claims every 5 minutes) of Rikti Monkeys that fight each other in a cage arena. Around this cage is a multi-level viewing area to watch the fights. Also scattered around are Arena Terminals.

The monkeys that appear in the cage are color-coded to form three teams, Blue, Green, and Red. All of the teams appear to be equal in power and have three members. Each contender is a Rikti Monkey, but only fights using a basic brawling power and infrequently monkey gas.

The winning team is the last one with one or more standing members. 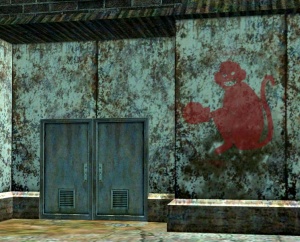 The Sharkhead Isle entrance to the Monkey Fight Club is located at coordinates (685, 32, -1209), approximately 77 yards North of the entrance to Pocket D. 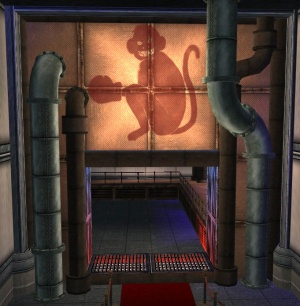