Found in Recluse's Victory, these giant robots are zone specific pets using mastermind style controls. Each side has 3 heavy deployment stations where a single heavy may be obtained from. Only one heavy is currently allowed per hero or villain in the zone, and only three of the mechs can exist for either side at any one point in time. (Originally on test server before Issue 7 went live, players were allowed to acquire all three of their sides' Mechs). 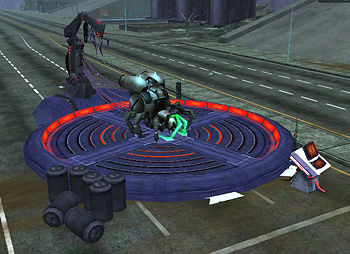