From Paragon Wiki Archive
Revision as of 16:49, 30 June 2013 by Felderburg (Talk | contribs) (Not a WIP anymore, but I did just realize that there is a note in <> about adding a video capture section, so I marked this page a stub, to make sure it shows up on a list of articles that need more help)
(diff) ← Older revision | Latest revision (diff) | Newer revision → (diff)
Jump to: navigation, search 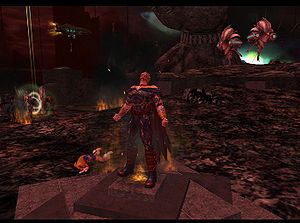