Difference between revisions of "Penelope Yin"

I know you met Doc Delilah already. She is totally amazing. She's smart, she's super-strong, and, well, she's enough to give a normal girl a complex. But she's really nice, too. She came out here because she wanted to explore the old hero bases and dig up, like, history and stuff. Anyway, she said she wanted to talk to you about something important.

Cool. I know that she thinks she found something big, but she's really gonna need help, I can feel it.

The daughter of Wu Yin, owner of Yin's Market, Penelope Yin is a normal girl with a penchant for having strange things occur around her. Many of the heroes who had their bases in Overbrook prior to it's destruction had tales of strange things happening shortly after 'Perilous Penelope' swooped by on her scooter to drop off a delivery from her father's store. Now that the city has begun reconstruction in Faultline, Penelope returned with her father to help re-open Yin's Market. Shortly after their arrival, the local Clockwork began to protect Penelope from danger. No one knows why the Clockwork keep their silent vigil over her safety, and the Clockwork King has issued no announcements on the subject.

Oh, man, did Jimmy Temblor send you? He and Ann, err, 'Fusionette' have been treating me like a little sister since before...

Um, actually, I kinda could use some help. Well, not me, I mean. It's just that my Dad, he's been kidnapped!

My Dad and I were both kidnapped from the store. I got away because the Clockwork helped me, but the Lost, they still have my Dad. I'm so worried about him, it hurts. I tried looking on my own, but if it weren't for the Clockwork, the Lost would have caught me. So I've been asking for help. I just got a call from Doctor Delilah Stein that she may have found something, but her call got cut off, and I know she's in trouble. Could you help her?

You are so awesome! Doc Delilah used to be a hero, too, but she's like, an archaeologist now. he's digging all around here looking for stuff, so she's been everywhere and talked to a lot of people. I asked her to keep an eye out for anything about my Dad, just in case. So of course, she gets cornered by some Vahzilok somewhere without cell reception. She's okay right now, but those Vahzilok guys are really scary. You better get her out of there. 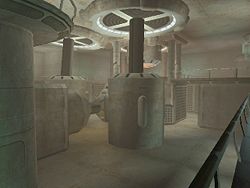 The ruined hero base

Many old hero bases were lost when Faultline destroyed Overbrook. If Penelope's right, Dr. Stein was investigating one when the Vahzilok arrived.

Doc Delilah found this? Weird. I remember this. I remember all of this. I remember my dad working with heroes, I remember being in hero bases. I don't remember him ever building an earthquake machine, and without Mom around I was almost always with him. This is how I remember it. But how can that be?

That was Penelope. She Says that Doc Delilah told her something major. She wants to see you.

Hey! I totally owe you for all this, but it was really worth it. Doc Delilah had some big news. But I think I'm going to have to ask for your help again, if that's ok?

You're the best! I know you'll find my dad!

Hit the streets to get info from the Lost

What Doc Dellilah found out was that those smell guys with the weird minds, the Lost? Well, she's talked to some of them, and she asked about what happened to my dad. They told her that they went after Dad and me on purpose. One of their big chiefs wanted us captured for something weird, I'm sure. Anyway, the guy they ordered to do it was one of their own named 'Muxley.' Doc said that Muxley's still in Faultline, but she doesn't know where. If you can find him, that's sure to lead to my Dad, right?

Thank you sooooo much! You are totally the best! I think the way you do this kind of thing is by 'Hitting the streets,' right?

This would be so much easier if those Lost guys were normal. But then, if there weren't so many of those weirdos around Dad, I could just talk to him. It's driving me crazy! I can toalk to my friend Imani in Kenya, and my friend Yuki in Japan, and we can all hear each other fine, but my Dad's somewhere in the city and I can't talk to him because those Lost guys mess everything up with their crazy! It's so unfair!

One of the Lost you were fighting cracked, and told you where to find Muxley.

This building will probably be destroyed soon, but in the meantime strange things fester in the ruins.

You learned where to find Mr. Yin!

Yes! You found Muxley! Well, I know Dad wasn't there, but he did tell where to find him right?

You're the coolest! Hey, do you need a side-kick? No, forget it. My Dad would totally flip out.

Now that we know where Dad is, the only thing left is to get him. This may be kinda rough, though. You will be careful, right? Or get, like a super-team or something?

I think it's going to be pretty tough in there. Just, like, be careful, okay? I wouldn't want to be all sad because I got Dad back but you got killed and stuff.

Okay, I asked the Clockwork King really nicely, and he's agreed to let you borrow some of the solders he has protecting me. It's really big step for him. I mean, he's kinda paranoid, sure, but deep down I think he's an okay guy.

Whatever use this place once had, now it's a vast nest of the Lost. And somewhere inside, Penelope's father Wu Yin is held against his will.

You rescued Penelope's father Wu Yin from the Lost.

Upon completion of this mission, you receive the Rescuer Badge.

Dad's home and safe and everything! You saved him! He's already getting the shop open, can you believe it? Oh, that's right, he wanted me to tell you that you can go in any time you want. But that's not important. Dad's home and he's safe, and it's all because of you.