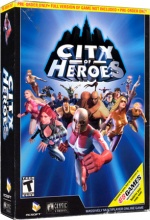 Only one City of Heroes pre-order code could ever be used on any single account. In order to access all four of the prestige sprint powers on one account, one had to unlock the Weapons and Sprints from Tier 3 of the Paragon Rewards Program.